Two Otago students have been named in the Asia New Zealand Foundation’s 25 to Watch.

Psychology and Gender Studies student Arina Aizal, 20, and Software Engineering and Information Science student Elora Chang, 22, were acknowledged by the Foundation and Deputy Prime Minister Winston Peters at a ceremony at Parliament on 17 October.

They were both nominated in the education, science and research category. 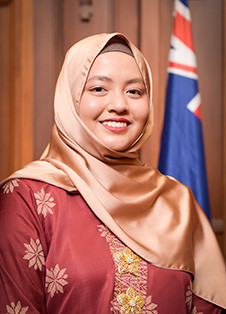 Inspired by her primary school experience in Aotearoa, Malaysian student Arina returned to this country to study at the University of Otago.

“I felt really humbled knowing that I’m part of an amazing group. The other awardees all have really different things they contribute but we’re all so alike in terms of contributing towards Asia and New Zealand,” Arina says.

She serves as an ambassador for the University of Otago, YOLO®, and Education New Zealand, with the latter recognising her as a Top Prize Kiwi Ambassador. She has also been elected as the OUSA International Students’ Representative for 2020.

Arina uses social media and her website to share her story and engage with thousands of students from around the world.

She hopes to contribute more to building New Zealand-Asia networks through finding a career in international education that will celebrate diversity and empower women. 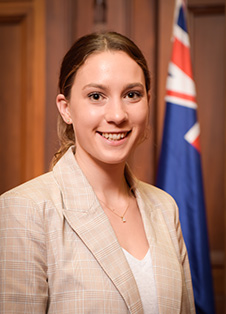 Meanwhile, Elora is a technologist, entrepreneur and passionate advocate for women in STEM.

She is honoured to be selected as one of the awardees and says being recognised by a group as prestigious as the Asia New Zealand Foundation was incredibly meaningful.

She is co-president of Otago Women in Computing, which organises networking events and mentorships for female tertiary students.

Last year Elora was selected as a Google Women TechMaker Scholar which enabled her to join 72 other women from the Asia-Pacific region in Singapore to grow her networks in Asia.
Most recently, Elora travelled with Google as a Grace Hopper Scholar to Orlando to attend the largest Women in Computing Conference in the world.

Elora will complete her studies this year and plans to return to Nelson to continue working on Madame Lu’s during summer. She will then decide whether she will pursue postgraduate studies or enter the workforce, with dreams of working in Asia.

The Asian New Zealand Foundation are celebrating the 25 to Watch as a part of the Foundation’s 25th anniversary.

It chose to recognise young people aged 16 to 25 because they are the people who hold the key to New Zealand’s future relationship with Asia.

The Foundation’s executive director Simon Draper says young people should not be underestimated – they have skill sets that add immense value to workplaces, community groups and beyond.

“In the last 25 years we have seen many inspirational leaders who helped strengthen New Zealand’s relations with Asia. And as we look ahead, we want to develop the next generation of leaders.

“These are the high achievers who are already demonstrating maturity beyond their years and an ability to inspire and engage others. They are people to watch.”

The 25 to Watch will receive leadership development guidance as part of their recognition, including a mentor.