The Otago University Rowing Club (OURC) celebrates its 90th anniversary this year. We spoke to two members about what makes the Club so special.

For the crew members of the Otago University Rowing Club the overseas trips and thrill of the competition are just perks, the true value is in the whanau formed.

Jared Brenssell and Sydney Telfer are both proud to wear the Otago colours, no matter where in the world they take them. 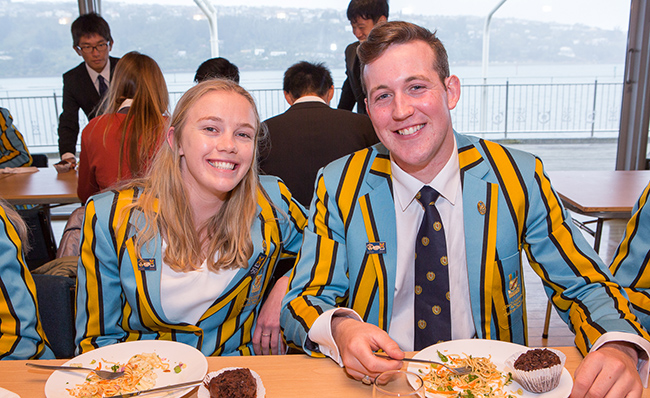 OURC was formed in 1929 to provide students with the opportunity to compete against other universities in New Zealand. Today the Club boasts a membership of around 230 and runs a high-performance rowing programme in conjunction with the University and Rowing New Zealand’s regional performance centres, which attracts both domestic and international students keen to develop their sport alongside their study. 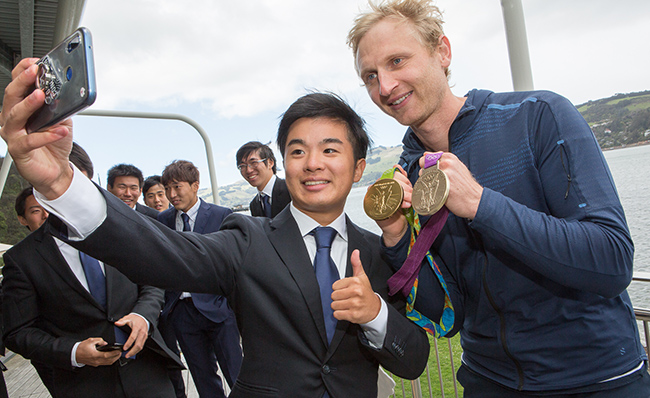 Otago rowing alumni Hamish Bond came to Dunedin and posed for many photos with the international guests during the International Rowing Regatta.

Jared and Sydney are both former Oamaru rowers, who were convinced to join the Club by a hometown friend who had already joined the University team.

Having been part of the Club for a few years now they pair are not sure what they would do without it.

“I’ve just had a week off and I’ve hated every day. I guess it’s turned into a bit of a habit of going to see people every morning. There’s such a good culture at the Club. I know so many people I wouldn’t know if it wasn’t for the Club,” Jared says.

“It’s really cool to see your best friends every morning when you go to training.”

They both agree that both the competitive nature and the compulsory teamwork of the sport has kept them coming back each year.

“Rowing competitively you just feel so productive – that you’re doing the best with your time,” Sydney says.

OURC is more than just a sporting club to the members – it’s a whanau.

The members have learnt they can lean on each other both on and off the water.

“Because you’re a rower you’re kind of automatically accepted. We have quite a wide range of students coming in to row and some are doing their Masters and others have just started. Some have been rowing in New Zealand teams.

“You’re all just kind of a community and you have a similar attitude of work hard, have fun and still be respectful,” Sydney says.

Culture is a bit of a buzzword for the pair. Particularly when it comes to the Club – where every morning the rowers have to rev each other up, even mid-winter.

The culture of the team is “good” but one word can’t sum it up completely, they say.

“We talk about stuff out on the water that you probably wouldn’t talk about on a normal day,” Jared says.

While most Otago students spent winter keeping warm in Dunedin, many of our rowers were experiencing a different kind of warmth in China.

The OURC Men’s Eights headed to in Nanchang, China, where the team won gold in the 6km and silver in the 1000m races - beating crews from the Chinese National team, Harvard, Oxford, Cambridge, MIT and Tokyo. 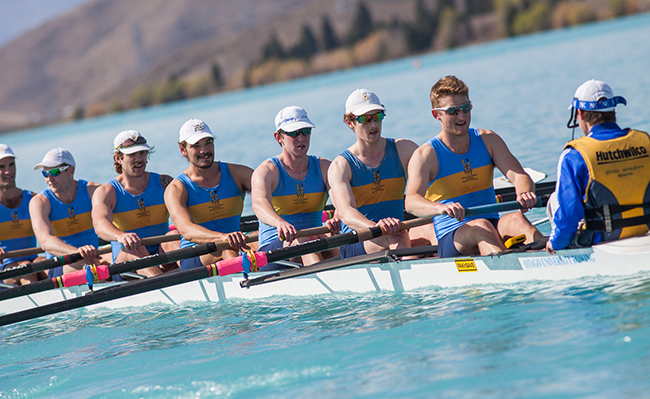 The Otago Men’s Eight row in Twizel during the International Rowing Regatta. 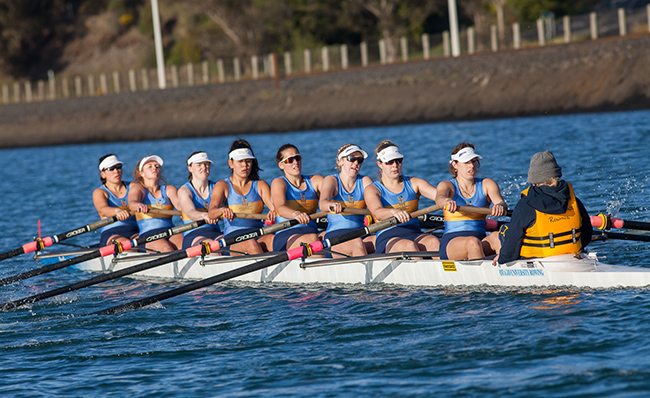 The Otago Women’s Eight on the water in the Otago Harbour.

The Senior Women’s Eight were faced with even hotter temperatures of upwards of 37 degrees when they raced in Quzhou, China. They placed second behind Sydney University.

Sydney and Jared both went to China, while Jared competed, Sydney went along as coxswain.

Both agree that without the Club they never would have experienced the opportunity for such immersive overseas travel as students.

While the top-level competition is incredible, Sydney also appreciates the “global community” rowing has opened up for her.

“We both have friends from all around the world now that we’ve just met through rowing. It’s all because of the Club,” Jared says.

While they may not speak the same languages, there’s one thing they can always talk about – rowing.

“I’ve made friends with Russians which is such a weird concept. We don’t speak the same language but it is just Google translate or someone in the team who can speak English and translating for you but we’ve never talked,” Jared says.

There is no denying the OURC is a wonderful example of Otago’s sporting success on the world stage. 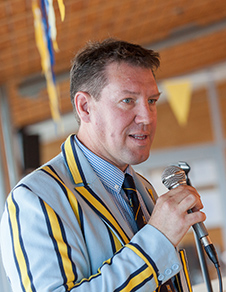 The Club boasts talented sportsmen and women and great coaching, but Sydney and Jared agree there are two other very important factors to their success – University and OUSA support and the leadership of Club Manager Glen Sinclair.

The pair say there is no way they, or many of their teammates, would be able to travel overseas without support from the University, but they also wouldn’t be at their peak without the training and access to equipment they have available to them.

The leadership of Mr Sinclair is something Jared and Sydney find integral to the Club’s operation.

“The Club wouldn’t work without Glen because he has so many connections everywhere, all over the world. It just makes it so much more successful because we get more competitions and can get better.

“Especially since most of us take summer really seriously. The whole winter that Glen sets up for us means we get something that no one else in New Zealand gets,” Jared says. 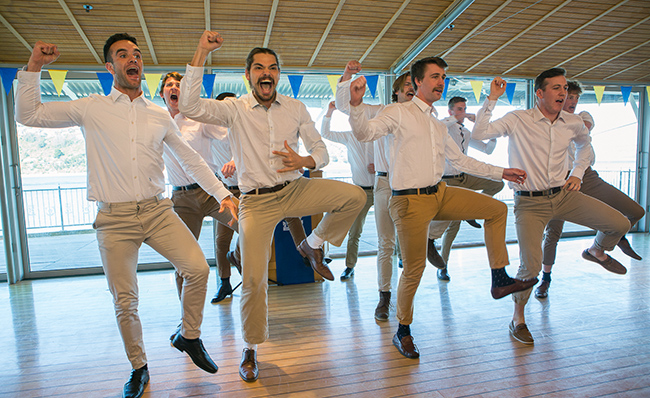 The Otago team perform a haka for the visiting teams during the International Rowing Regatta.

The Club ended the year by hosting an International Universities Rowing Regatta from 2–5 October, with crews coming from as far afield as Russia, China and Japan, to compete on the Otago Harbour and on Lake Ruataniwha, Twizel.

Both the Otago women’s and men’s teams secured the golden titles in the regatta, closing out a successful 150th year for the OURC. 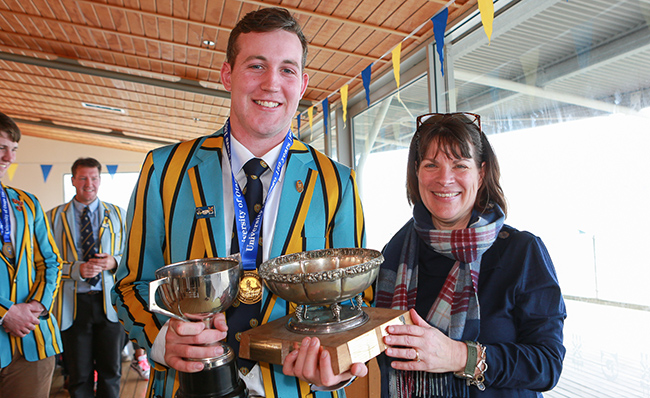