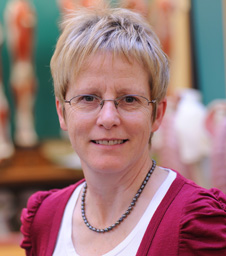 The University of Otago has appointed Professor Helen Nicholson as Pro-Vice-Chancellor (International). Professor Sarah Todd is stepping down to move to a new role in Australia.

The Pro-Vice-Chancellor (International) is responsible for the strategic development of the University’s international profile, including enhancing international student numbers where beneficial and the enrichment of internationalisation of the curriculum.

Professor Nicholson brings a background of academic leadership, biomedical and health sciences to the role.

After graduating from the University of Bristol she worked as a doctor in hospital and community settings before taking up an academic position in the Department of Anatomy at Bristol. She moved to the University of Otago in 2000 to become Professor of Anatomy and subsequently became head of the Department of Anatomy. In 2007 she was appointed Dean of the Otago School of Medical Sciences and in 2011 was the Acting Deputy Vice-Chancellor (Research and Enterprise) for six months.

“Helen is a highly respected senior academic in the Otago School of Medical Sciences, latterly as its Dean responsible for the overall strategic leadership and academic development of several key departments.

“I have immense respect for Helen – with her accumulated experience of many years in senior positions at the University of Otago. She brings strong problem solving skills complemented by a deep understanding of University processes to a vitally important part of the University’s future,” Professor Squire says.

Professor Nicholson says she is delighted to have the opportunity to take up the role.

“I am excited about this new role and am looking forward to working with the International Office and the wider University to enhance Otago’s international profile and build on the strong foundation that Professor Todd and her team have developed,” Professor Nicholson says. 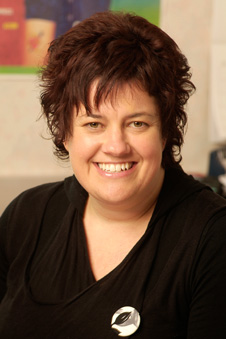 Professor Sarah Todd, who is leaving Otago to take up a new role in Australia.

Professor Todd is moving to Griffith University (Queensland) where she will be responsible for the International Office, Griffith English Language Institute and International Business Development Unit.

Professor Todd began as a staff member at Otago in the Department of Marketing in 1989. She was Academic Dean in the School of Business immediately prior to taking up the inaugural Pro-Vice-Chancellor role in 2006.

Professor Squire paid tribute to the outstanding job done by Professor Todd over her last seven years as Pro-Vice-Chancellor (International), drawing on her marketing expertise and central administrative roles in the Commerce Division.

“Sarah has done a marvellous job to safeguard and progress relationships with partner universities and affiliated organisations around the world; it is to her credit that these associations are as healthy and as productive as they are.

“She has worked tirelessly to ensure that the pastoral care of our international students, from as many as 100 different countries, is second to none and that students eventually leave the University as proud alumni with great memories of their time here and of Dunedin and New Zealand. Her considerable familiarity with international tertiary education has allowed her to progress many initiatives that the University of Otago can now be proud of,” Professor Squire says.

Professor Todd moves to Australia in October to take up her new role.

“While being excited at the opportunity to further enhance Griffith University’s internationalisation I am bittersweet about leaving Dunedin and the University of Otago.

“I’m looking forward to extending my skills and experience in a different university and country. I am leaving International at Otago in good heart, wish Helen all the best and look forward to seeing initiatives put in place bear fruit in the future.”