A look at Chinese soft power and culture 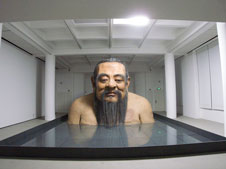 On Wednesday, Otago is playing host to a public workshop titled Chinese soft power and culture: between complicity and independence.

Co-sponsored by the New Zealand Contemporary China Research Centre and the Australian Centre on China in the World Centre, the Division of Humanities and the Department of Languages & Cultures, Wednesday’s workshop will examine the many complex and even contradictory directions in which soft power has been developed in contemporary Chinese culture.

“Our workshop aims to go beyond the surface and critically examine the different cultural locations in which soft power is developed both in agreement with the official charm offensive and in different and even oppositional directions,” says workshop co-organiser Dr Paola Voci of Otago’s Chinese Programme.

The term soft power – coined by American political scientist Joseph Nye – refers to the power a state can develop to influence and attract positive responses.

Dr Voci says that Chinese leadership has historically emphasised hard power – strengthening the country's international status by focusing on economic reforms and military force, but that appears to be changing.

“More recently, the Chinese leadership has openly embraced the idea that soft power needs to become a bigger priority. I like to use this analogy with my students: if China had a Facebook page, its soft power would be reflected in the number of likes that page attracts.”

Dr Voci hopes that those attending the all-day workshop will gain a better understanding of the role that cultural appeal has on academic, economic, and diplomatic relations with China.

“Such understanding is crucial for our own university, our community and, more broadly, for New Zealand’s growing partnerships and collaborations with Chinese business, Chinese cultural institutions as well as Chinese films and artists.”