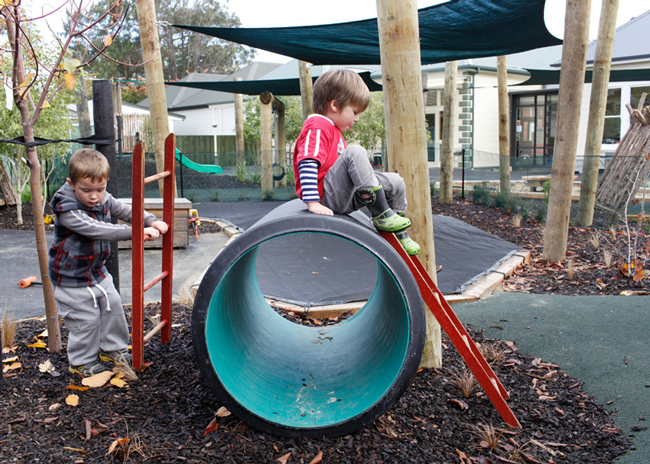 The opening, held in the facility’s new bilingual unit, attracted approximately 80 invited guests who listened attentively as University Council member Lorraine Isaacs officially opened the new facility with the unveiling of a plaque to mark the occasion.

Mark Brunton of the Office of Maori Development, Vice-Chancellor Professor Harlene Hayne and Chancellor John Ward also addressed the audience and thanked the individuals involved in the project – many of whom were on hand at today’s opening.

Over 100 families are currently enrolled at Te Pā. The children, their whanau and 33 staff members made the shift to the new facility early last week and have already begun settling into the new space.

"The opening of the new world-class facilities on our campus now means that the infants and young children of our staff and students will benefit not only from the best possible care, but that care will take place in a truly inspiring new space."

“We are all – teachers, children and families – in awe of our new environments. Every aspect from the street frontage to the adult work spaces, staffroom, meandering walkway, outdoor play spaces and playrooms are a delight to inhabit,” Ms Lloyd-Jones says.

“The children are loving the water features, opportunities to ‘climb hills’, the warmth of the floors from under floor heating and the sense of space both inside and outside. Parents have been amazed by all of this, and also the aesthetic, the sense of enclosure between the buildings which excludes traffic noise and the feeling of community coming from the arrangement of the buildings.”

Vice-Chancellor Professor Harlene Hayne says she is delighted to see the new facility open its doors.

“We have always had excellent childcare at the University of Otago. Since they opened, the quality of the care provided by our Centres has been second to none. The opening of the new world-class facilities on our campus now means that the infants and young children of our staff and students will benefit not only from the best possible care, but that care will take place in a truly inspiring new space.”

“I thank everyone who has worked over many years to make this project a reality. Their hard work and dedication are evident in every aspect of the new centre. I am also particularly pleased with the location of Te Pā directly on campus. This location means that each day, the tiniest members of our community will come into contact with their more senior peers. I am hopeful that from time to time they will look out windows of their beautiful buildings and get a glimpse of the opportunities that await them at University.”

The site of the new facility on Castle Street previously accommodated 11 separate buildings which were demolished to make way for the new centre. In an effort to retain an element of the historical streetscape on Castle Street, the facades of the original Victorian villas were preserved.

“We are very appreciative of the care and attention by the University, especially project manager Christian German, and architects Parker and Warburton Team Architects, to our priorities around optimising children’s learning opportunities while ensuring their safety,” says Ms Lloyd-Jones.

The new facility is effectively four childcare centres on one site:
• Te Pārekereke o Te Kī: a bilingual centre for up to 28 children aged 0-5 years
• Te Maioha: two rooms of up to 16 children under two years of age
• Te Puna and Te Uru: each catering for two groups of 20 children 2-3.5 years and 3.5-5 years of age.

Spaces are available across all age groups and in the bilingual centre Te Pārekereke o Te Kī.

With the transition to the new facility behind them, Ms Lloyd Jones says the new focus is to “fulfil the potential for excellence in early childhood education that this wonderful new facility offers us”. 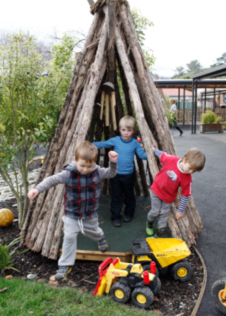 Children in the new playground 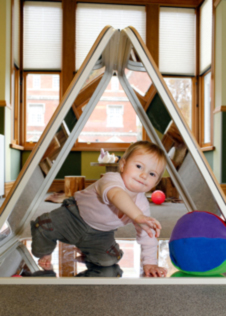 Juniper McLean in the new centre 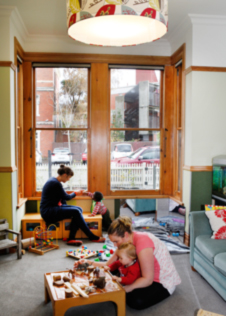