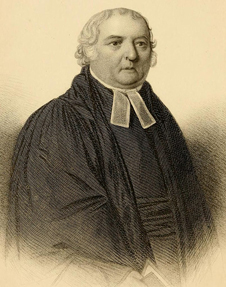 Historians are eagerly anticipating the fruits of a ground-breaking University of Otago Library project to place thousands of New Zealand's earliest missionary archives online so they can be mined for new clues to European and Māori contact up to 200 years ago.

Like other modern research tools such as the National Library’s Papers-past website, making the transcribed hand-written papers of pioneering Anglican cleric Samuel Marsden available in an online archive has the potential to revolutionise research in to this key period in New Zealand’s history as never before.

Hocken Librarian Sharon Dell says a pilot iteration of the Marsden online archive will be launched at the Hocken Library in early November and will contain digitised copies (3651 pages) of nine Marsden journals and 593 letters, ranging in dates from 1808 to 1823 between Marsden, and missionaries Thomas Kendall, William Hall, John King and others involved in the establishment of the earliest New Zealand missions.

The establishment of the online archive is timed to coincide with the commemoration of the Bicentenary of Marsden’s first sermon on New Zealand soil, on Christmas Day 1814. There will also be a Marsden symposium and an exhibition at the Hocken. It is hoped that a mobile version of the exhibition can travel to venues in Northland.

These original missionary archives are only available thanks to the foresight of Library founder and Dunedin philanthropist Dr Thomas Morland Hocken, who recognised the value of these early Church Missionary Society archives, and transported them back to New Zealand from England in the early 1900s.

Since then, the thousands of letters and papers, including diary entries detailing life in early missions here, earliest written recordings of the Māori language, diet, culture and beliefs, have remained in their original form in the careful care of the Library.

"They are a rich resource on early interactions between Māori and Pākeha, the origins of Christianity and the development of Te Reo Māori as a written language – and researchers are already lining up to interrogate the data."

Ms Dell says the project is a major technological milestone for the University Library, and means access to the historical resource will be vastly improved and available nationally to researchers anywhere and at any time. The project has also provided the opportunity to make use of the work of Dunedin historian Gordon Parsonson, now in his 90s, who has been painstakingly transcribing the Marsden papers since the 1940s.

“He became locked in the Hocken stacks one afternoon, and started reading some of Marsden’s journals. From then on, he was hooked. Because of his dedication to this work, we can use his transcribed papers in the data-base alongside the originals,” she says.

“They are a rich resource on early interactions between Māori and Pākeha, the origins of Christianity and the development of Te Reo Māori as a written language – and researchers are already lining up to interrogate the data.”

So far, 3600 pages of Marsden’s documents have been scanned to a high specification and resolution, with specialist staff from the University of Otago Library having to wear clothes of a special non-reflective colour to achieve optimal visual clarity when the pages were scanned.

Researchers will be able to type in key words such as missionary or Māori names, place names, or ship names, as well as dates, and search the text for all references to those items and use some of the tools to do more sophisticated searches. University Library staff have worked with researchers across a number of disciplines to develop the online archive and include tools to enable them to use and interrogate the material in new ways.

“It is not well-known that the Hocken holds them so we feel that making these materials accessible to a wider audience and especially to the people of Auckland and Northland is something we can uniquely contribute to the Bicentenary; in fact we feel strongly obligated to do so.”

Dialogues; exploring the drama of early missionary encounters is a symposium run in association with the University of Otago’s Centre for Research on Colonial Culture. It will be held on Fri 7 and Sat 8 Nov 2014.

Whakapono; Faith and foundations
The exhibition opening in Dunedin at the Hocken Gallery on 6 Nov 2014 will include material largely drawn from the Hocken Collections and the Alexander Turnbull Library and the archaeological objects from the University of Otago investigations of the Marsden Cross site. The exhibition is curated by Sharon Dell, Hocken Librarian, Jeanette Wikaira, Kaituitui Ratonga Māori and Natalie Poland, Curator of Pictures.