Taking a look at ‘What’s happening to universities?’ 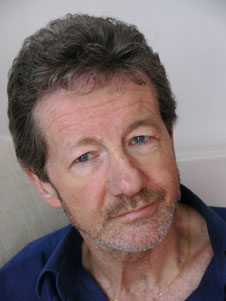 With its topic of great interest to both current and past staff and students, as well as a wide public audience, a full house is expected for this year’s Margaret Dalziel Lecture being held on Monday.

Professor Stefan Collini of Cambridge University will present this year’s lecture discussing both the past and possible futures of universities.

Hosted by the Department of English and Linguistics, the lecture, titled “What’s happening to universities? Historical and comparative perspectives,” will be held in the Hutton Theatre at 5.15pm, Monday 13 October.

Head of the Department of English and Linguistics, Dr Chris Prentice imagines that every generation of academic, administrative and management university staff has pondered the question of what’s happening to ‘the university’ or to ‘universities’.

“It’s a question invariably founded on prior questions, and perhaps assumptions or judgments, regarding what universities are ‘for,’ and the relationships between them and their ‘host’ societies,” she says. “It is important that we continue to ask and debate these questions, that they remain ‘alive’ as questions.”

"It is important that we continue to ask and debate these questions, that they remain ‘alive’ as questions."

In his talk, Professor Collini will discuss recent dramatic changes in forms of funding, assessment and governance for universities and will consider what kind of university we can expect to see develop in the twenty-first century.

Dr Prentice says it is a privilege for the Department to host Professor Collini for this year’s Margaret Dalziel Lecture.

“Given her own fields of scholarship and teaching, and her history of university service, Professor Dalziel would, I believe, have been pleased to see the lecture presented by such an eminent scholar so committed to both the scholarly field of English literary criticism and to the vital questions regarding the university more generally.”

In recent years, Professor Collini has become a distinctive and respected voices in public debates about the nature of universities and their place in modern society, especially following the publication in 2012 of What Are Universities For?, while Absent Minds: Intellectuals in Britain (2006), is a major analysis of the role of the intellectual and its place in British culture. He is a Fellow of the British Academy and a frequent contributor to The Guardian, The London Review of Books, The Times Literary Supplement, The Nation, and other publications, as well as an occasional broadcaster. He is Professor of Intellectual History and English Literature at Cambridge University.

While in Dunedin, Professor Collini will also present an open lecture titled “The identity of intellectual history” on Wednesday 15 October at 5.15pm in the Moot Court Lecture Theatre (Richardson Building). Staff, students and the public are invited to attend.

About the Margaret Dalziel Lecture:

The annual Margaret Dalziel Lecture was established in 1981 to honour Margaret Dalziel’s contribution to the Department of English and to the wider University over her many years at Otago. Having gained her D.Phil from St Johns, Oxford in 1953, she joined the English Department that same year, where she remained until her retirement in 1980. Among her wide range of scholarly interests, were Shakespeare, Milton, 18thC poetry and the novelist Charlotte Lennox, as well as New Zealand author Janet Frame. She was the first female professor and Head Of Department in the Department of English. In 1971 she was elected Dean of the Faculty of Arts; she was Pro-Vice Chancellor 1975-77; and Head of Department of English 1978-80.