Intriguing story of life and death 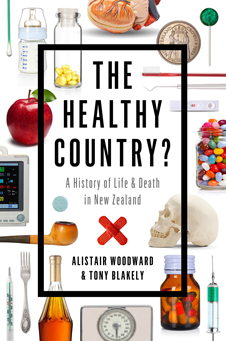 The cover of The Healthy Country? A History of Life and Death in New Zealand which is being launched tomorrow.

The fact that we’re living longer is well-known. But few are aware just how dramatic the changes in mortality have been in the last century.

It’s a topic that has long captured the imagination of Wellington campus epidemiologist Professor Tony Blakely, and one that is explored in-depth in a book he has co-written with Auckland University Professor of epidemiology and biostatistics Alistair Woodward.

Being launched tomorrow, The Healthy Country? A History of Life and Death in New Zealand tells the story of the unique path to low mortality that this country has followed.

Among the most intriguing findings is the fact that when James Cook landed in New Zealand, the life expectancy of Europeans and Māori probably differed by no more than 10 years, Professor Blakely says.

Nevertheless, New Zealand still doesn’t do too badly in international terms, he says.

Latest WHO statistics show New Zealand males ranked sixth in the world at 80.2 years (Iceland is top at 81.2, Australia third at 80.5). New Zealand females were out of the top 10 (84.0 years), with Japanese women leading the world with an impressive 87.0 years.

"Is a life expectancy of 80 - or 90, or 100 - enough? Should society be refocusing its efforts in different directions?"

Professor Blakely notes that if the most deprived 20 percent of the population was only 15 percent worse off in health terms than the top 20 percent, New Zealand’s life expectancy would jump by two to three years, putting this country back at the top of international rankings.

But while we may not quite rank top of the world at the moment, for the last 100 years, New Zealand life expectancy has been increasing at roughly 2 to 2.5 years per decade - a staggering six hours per day.

This reflects the tremendous joint success of both prevention and better treatment of heart disease and stroke, for which the death rate has fallen by a stunning 80 percent since the 1970s. Even with the obesity epidemic, these death rates are expected to continue to decline, Professor Blakely says. 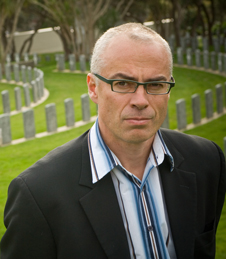 Mortality from all cancer too has been falling since the mid-1990s due to a mix of prevention, treatment and early detection.

The fact that we’re living longer must rate as one of the biggest successes of society in the last 100 to 200 years, but raises numerous questions about what we should be aiming for, Professor Blakely says.

“Is a life expectancy of 80 - or 90, or 100 - enough? Should society be refocusing its efforts in different directions? Do we need to pay more attention to quality of life, assuming there is a trade-off of quantity and quality, which isn’t altogether clear?”

He notes that Treasury, and society more generally, may argue we need to prioritise productivity of those nearing retirement in order to support the aging population.

“Others propose that we review what is meant ‘productivity’, to capture more accurately the contributions that older individuals make to society.”

Then there is the question of whether the planet can sustain our public health successes, he says.

“Unless consumption patterns change radically, one might question the ecological ethics of lowering human mortality rates further and further.”

He and Professor Woodward hope their book will get people informed and thinking about these issues.

“Thinking about longevity increases means we also need to think about social policy - like the age of entitlement to superannuation - and sustainability.”

The Healthy Country? A History of Life and Death in New Zealand is being launched at a public event tomorrow Wed 22 Oct, 5.30pm to 7pm, at the National Library in Wellington. Published by Auckland University Press.