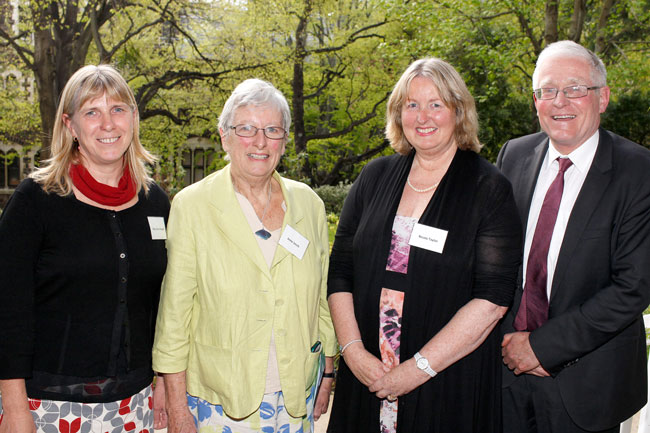 Eight books, over 200 publications, 50-plus research projects, more than a dozen PhD and 120 Master’s and Postgraduate Diploma/Certificate graduates, over 160 international visitors and collaborators, plus scores of conferences, courses, and seminars.

There were numerous accomplishments for the University of Otago’s Children’s Issues Centre (CIC) to celebrate as it marked its 20th anniversary at a gathering of childhood studies’ researchers, students and practitioners in Dunedin last week, but none more significant than the fact that the Centre’s work over the past two decades has substantively improved the lives of children and families in New Zealand and around the world.

"From the beginning, the Children’s Issues Centre has focused on the rights of the child and the importance of considering children’s perspectives on issues that concern them."

“From the beginning, the Children’s Issues Centre has focused on the rights of the child and the importance of considering children’s perspectives on issues that concern them,” said Associate Professor Nicola Taylor, CIC director and Alexander McMillan Leading Thinker Chair in Childhood Studies, who has been with the Centre since the beginning, working initially as a researcher and project manager before taking on the role of director in 2012. “Our approach and our work has been influential and the CIC has made meaningful contributions to academic research and public policy within New Zealand and internationally.”

Established in 1995 as a collaboration between the CIC Trust and the University of Otago, the Children’s Issues Centre is interdisciplinary in nature and dedicated to applied research, teaching and advocacy relating to children’s rights, early childhood education and parent support.

On the vanguard of international children’s issues research since its inception, the Centre today has links to numerous academic institutions and government agencies around the world and is a leading member of the Childwatch International Research Network – a global network of institutions that collaborate in child research for the purpose of promoting child rights and improving children’s wellbeing.

Emeritus Professor Anne Smith, who was CIC Director from 1995 until her retirement in 2006, echoed Associate Professor Taylor’s sentiments when addressing the anniversary gathering at St Margaret’s College: “We were innovators. Working at the micro-level - talking to children about their experiences – and having that influence policy at the macro-level. What we set out to do and what we achieved here seems commonplace now, but it was highly innovative at the time.” 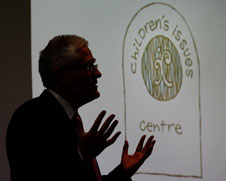 Dr Mary Ann Powell, a postdoctoral researcher at Australia’s Southern Cross University’s Centre for Children and Young People, who completed a Postgraduate Diploma in Child Advocacy, a Master’s degree in Childhood and Youth Studies and a PhD through the CIC, says she “found an academic home” when she came to study at the Centre in 2002: “I instantly found a language to articulate the thoughts I was thinking. Being a student at a research centre is such an enriching and enlivening experience. It is more vibrant because of the variety of people who are attracted here – teachers, social workers, lawyers, policy-makers and others – their experience gave substance to the many concepts and ideas we discussed in class.

"There has been a common thread to improve social conditions and enhance child-centred practises and I see the imprint of the CIC in public policy today."

“I have always considered myself to be very lucky to have found the Children’s Issues Centre,” Dr Powell said.

The 20th anniversary event was part of the second Aotearoa New Zealand Childhood Studies Colloquium, which the CIC co-hosted on 20 and 21 October. The Colloquium brought together researchers, academics, students and policy-makers from around New Zealand, England, Australia, Canada and Finland to consider what childhood studies means for research, policy and practice.

University of Otago Faculty of Law Dean, Professor Mark Henaghan, who has been involved with the Centre from its very beginning and continues to serve on the CIC Trust and Advisory Board, concluded the anniversary celebration remarks by complimenting the Centre’s staff for promoting and practicing a collegial and inclusive approach to academic research.

“There has been a common thread to improve social conditions and enhance child-centred practises and I see the imprint of the CIC in public policy today,” Professor Henaghan said.