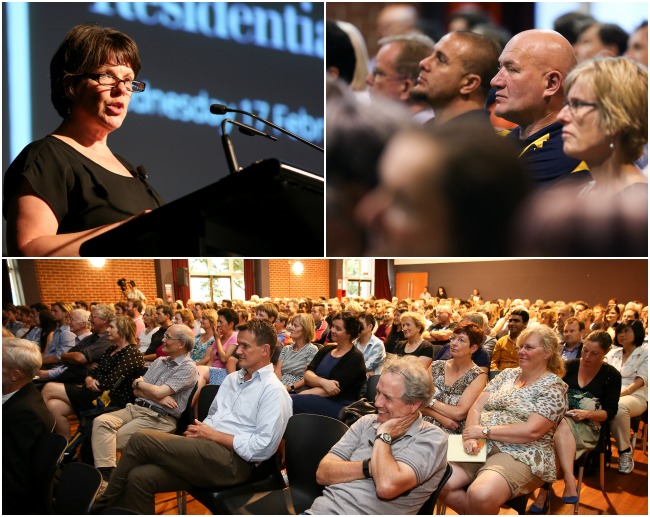 Professor Hayne described the first-year student, and his impact on her, during her 2016 Welcome Back Lecture for Staff, held yesterday evening in the Union Hall and live streamed for staff who were unable to attend.

Her lecture, Building Autobiographies: Making the Most of Our Residential Environment, focussed the “reminiscence bump” of memory – a time between around 17 and 23 years of age, for which people have an unusually rich deposit of autobiographical memories.

The young man was one of four people she described who have made a lasting impact on her own autobiographical memory, or life story.

"I realised that despite his size he was a boy; someone’s son, far away from home, stressed and needed my help."

He “parked himself” in front of her during Course Approval several years ago much to her initial disdain. He then burst into tears and asked her to help him, she told the approximately 300 staff in attendance.

“He told me he had just moved to Otago from Auckland, was at Knox, hadn’t slept for a week and didn’t know what he was doing.

“I realised that despite his size he was a boy; someone’s son, far away from home, stressed and needed my help.”

She helped him design a course of study and sent him on his way. But the lesson in compassion she learned from him remained with her: “Every student at Otago is someone’s son or daughter. They are an adult-in-progress rather than an adult.”

Professor Hayne has held a Welcome Back lecture annually for many years but last year, for the first time, opened it up to all general and academic staff.

She told yesterday evening’s audience she is a firm believer in good beginnings.

“It’s important to mark the start of each academic year in a special way and to think about what we want to achieve,” she said.

“Over the next week about 20,000 young people will arrive in Dunedin – a number equal to the population of Oamaru. But our citizens will be aged between 17 – 23 years. They will be young, ambitious, boisterous and messy individuals.

“They will be here to learn, but they will also be laying down memories for a lifetime. Our contribution extends way beyond their time here.”

Professor Hayne spoke of three more people whose contributions feature strongly in her own life story: Mr Keith Shader, her high school chemistry teacher who taught about privilege and gratitude; Professor Dennis Showalter, her history teacher at Colorado College whose ability to make the past come alive with nothing but his voice and his knowledge showed her teaching is a gift; and her mentor, the late Professor Carolyn Rovee-Collier of Rutgers University, a world expert in infant memory and mother of five sons, who showed her how to combine family and work in a “work-life blur” and that a bit of “creative flexibility” can make it possible to do it all.

"We can be dogmatic and unforgiving or firm but fair, but the one thing we can’t be is invisible, because like it or not we will be remembered."

Professor Hayne used these examples to encourage all staff to think about the impact they could make on the students coming through the University of Otago this year – a cohort she says is the “most academically gifted group of individuals we have ever had on our campus”.

“We all have the opportunity to star in literally thousands of autobiographies. We can be dogmatic and unforgiving or firm but fair, but the one thing we can’t be is invisible, because like it or not we will be remembered.”

The Lecture was followed by an informal BBQ, held in the Union, giving staff from across the University the opportunity to connect or re-connect before the academic year begins.

Staff who spoke to the Bulletin Board after the lecture were very positive.

“It was very inspiring,” said one. “It’s good to have enthusiasm for the year ahead.”

Another said: “It made me stop and reflect about the way I approach students as ‘works-in-progress’ not flawed adults. It was a lovely reminder of why we are here.”

Staff enjoying the BBQ that followed the Lecture: 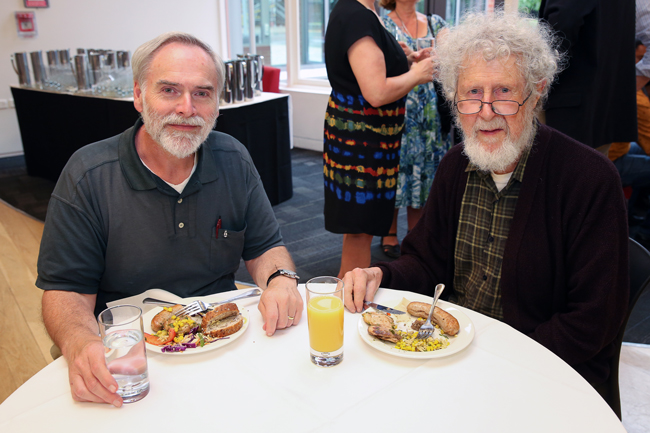 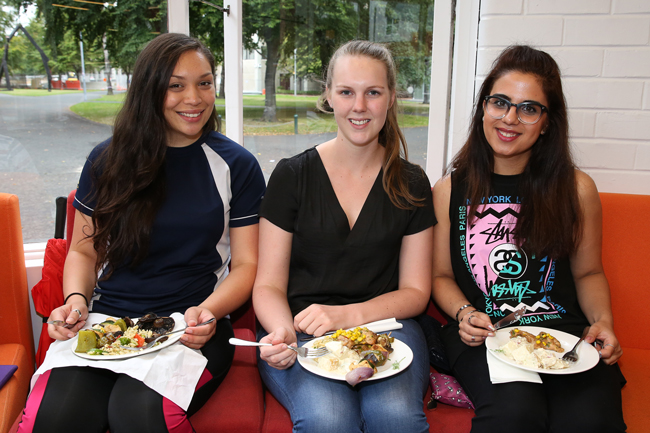 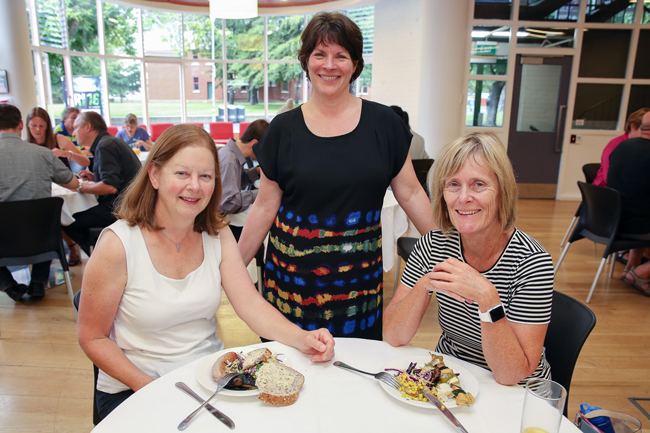