Head-to-head ... Chancellor of Germany Angela Merkel, who has led the Government for 10 years, and President of Russia Vladimir Putin, who has been in power for 15. Photo: Reuters.

Otago Professor of International Relations Robert G. Patman says it is clear that Vladimir Putin’s regime is targeting Angela Merkel’s CDU-CSU coalition government in a bid to break the international sanctions imposed on Russia for its intervention in the Ukraine in 2014.

Historically, Russian-German relations have been important for shaping Europe’s political context, and that is particularly true today.

The Putin leadership is angry that the Merkel government – working closely with the Obama administration - has played a key role in implementing and extending EU sanctions against Russia until July 2016.

These sanctions have been aimed at parts of Russia’s financial, energy and military industries as well as business people seen to have close ties with President Putin’s inner circle.

Buffeted by sanctions and, above all, a dramatic fall in the global market price of oil, Russia’s energy-dependent economy is in dire straits.

In the last year and a half, the ruble has lost about 50% of its value against the US dollar, inflation has soared, capital outflows have exceeded $100 billion, and Russia faces a second consecutive period of recession in 2016. 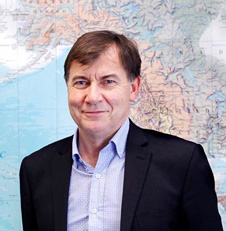 Declining financial reserves has forced the government into an austerity drive that has so far spared the military and social services from any cuts, but Finance Minister Anton Siluanov recently acknowledged defence spending could be affected soon.

Such an outcome would be politically disastrous for the Putin regime. It would directly challenge the populist claim that Russia is a resurgent power, and could threaten the very legitimacy of Putin’s ‘strongman’ rule.

While Putin’s recent decision to reduce the Russian presence in Syria has been officially depicted as simply the fulfillment of a successful military mission, it also reflects the Kremlin’s concerns about the mounting costs of this military intervention.

Putin is aware he has little time left to demonstrate to his wealthy inner circle that he has regained the political initiative.

In recent months, the Kremlin has taken a series of steps to counter discontent within Russian society.

These include measures to exempt Russian citizens from international investigations into corruption, extending government oversight of academia, and allowing Ramzan Kadyrov, a Putin loyalist and the leader of Chechnya, to post a menacing video online that appeared to show a Kremlin critic in the crosshairs of a sniper’s rifle.

But Putin knows he needs more than repression at home to sustain his claim that Russia is once again a force in global politics.

While falling oil prices have devastated the Russian economy, international sanctions are seen in Moscow as a more direct threat to the standing of the Putin government.

Sanctions highlight the fact that Putin has failed to diversify the economy after 15 years in power, and it is key figures in his regime that have financially benefited from an unreformed and uncompetitive economy dependent on oil, gas, and minerals.

"The Putin regime is actively exploiting political divisions within Germany over sanctions and migration policy in a bid to undermine Merkel’s leadership."

At the same time, the use of sanctions against Russia are a symbolic reminder that the Putin leadership had seriously misread the international situation, and that a muscular approach in the Ukraine had weakened rather than strengthened Moscow’s position in Europe.

For Putin and his supporters, EU sanctions cannot end soon enough and Moscow is pursuing a multi-faceted effort in Germany to bring that about.

First, the Kremlin is promoting a vigorous counter-narrative. After largely eliminating the independent media in Russia, the Putin regime has utilized the state media to project an alternative version of events in the Ukraine.

According to this view, Russia ‘liberated’ the Crimea and is simply assisting the ethnic Russians population in eastern Ukraine, a country otherwise controlled by the US. It is also claimed by Moscow the US installed “a Nazi junta” in Kiev.

In a January interview with the German magazine Bild, Putin said that he wanted to improve relations with the West, but insisted the West must first acknowledge the injustice of its approach to Russia and remove sanctions.

Second, there is evidence the Putin regime is supporting a ‘Weimarization’ strategy in Germany. Since 2014, it is reported the Kremlin has provided some financial backing for far-right nationalist parties like Alternativ für Deutschland (AfD) and the anti-Islam Patriotic Europeans Against the Islamisation of the West (PEGIDA).

Both groups have staged inflammatory public events and protests against the massive influx of migrants into Germany and advocate strict border controls.

Their demonstrations regularly condemn the “liar press”, denounce Chancellor Merkel as a “traitor”, demand the death penalty for current government officials, and often feature the flags of armed separatist groups in eastern Ukraine alongside the German flag.

Third, and not unrelated, the Putin regime is actively exploiting political divisions within Germany over sanctions and migration policy in a bid to undermine Merkel’s leadership. 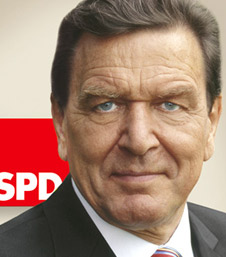 Moscow has utilised ties with senior figures in the SPD party, including former Chancellor Gerhard Schröder, and senior elements in Merkel’s own CDU-CSU coalition, such as the prominent Bavarian politician Horst Seehofer,to help mobilise opposition to Merkel’s stance toward Russia.

‘Putinversteher’ or ‘Putin-understanders’ in the SPD and in the CDU-CSU complain that Merkel’s leadership lacks empathy for the Russian people and their concerns.

Suddenly, the Merkel leadership looks more vulnerable. In state parliament elections last weekend, Merkel’s CDU party lost control of two of the three contested states and saw themselves challenged on the right by the anti-migrant AfD party, which won an astonishing 24 per cent of the vote.

While the outcome of the Putin-Merkel struggle over sanctions is not yet clear, the stakes are exceptionally high.

If Putin’s campaign succeeds, he will ‘soften’ German leadership in the EU and win some breathing space at home to shore up his kleptocratic regime.

If Putin’s campaign fails, Germany will continue its emergence as the leading EU player and the Russian President will be confronted with the political costs of disastrously mismanaging the Russian economy.

Patman chosen as a global thought-leader

An international think-tank has shoulder-tapped Professor Patman as one of 89 global thought-leaders.
The Strategic Foresight Group was founded in 2002 to craft new policy concepts, to help decision-makers anticipate and influence the future.
Since, then its president has spoken at meetings of the World Economic Forum in Davos and the group has helped develop the concept of G20, now a major force in global governance.
To create its latest publication, ‘Big Questions of Our Time: The World Speaks’, Strategic Foresight asked 89 thought-leaders in 44 countries to help define the emerging future. Professor Patman was among them, and the only one from New Zealand.
They were all asked: “If you had to pick one question that would be most significant for mankind in the twenty-first century, what would that question be?”