University appearance at the United Nations

The head of the University’s Office of Māori Development is speaking at a United Nations General Assembly Special Session on the world drug problem this week.

Kaiwhakahaere Tuari Potiki will be advocating for indigenous people to have a say in the global anti-drug strategy the United Nations (UN) is developing, and for drug problems to be treated primarily as a health issue rather than a criminal offence. 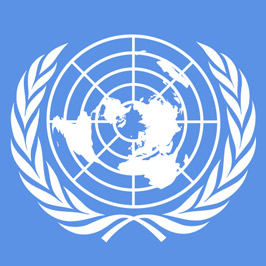 He is delivering his statement during the plenary session in his role as chairman of the New Zealand Drug Foundation, and from his experience as an ex drug addict who stopped using all drugs, including alcohol, 27 years ago.

All the UN’s member countries will hear him speak about how the global war on drugs “has been an abject failure. As a result more drugs are available at a cheaper price and more people are using drugs."

“I think most people, if they think of their own kids or grandkids developing a problem with drugs, would want them seen by a health practitioner rather than a policemen or judge."

“People who develop problems with drugs and alcohol need an intervention just like people who have any other illness or health problem.”

Behind the scenes at the UN, Mr Potiki and others will also be working hard to get an indigenous work-stream set up to feed into the creation of the global anti-drug strategy, because drug use and misuse among indigenous people is disproportionately high.

“The point I want to make to them is that Māori and other indigenous populations suffer more harm from both drug use and also from the criminal justice approach we have used to deal with drug use. We therefore need to be involved in the decisions that are being made at a global level that affect us. They need to ‘do it with us rather than to us’.”

Mr Potiki is not expecting to change the world by speaking at the UN, but is grateful for the opportunity to speak directly to the UN delegates.

While he is glad to be a voice for people not usually given the opportunity to have their voices heard, he is actually more excited that sensible conversations - with fewer knee-jerk reactions - are starting in New Zealand about the need to look at drug issues from a health perspective rather than a criminal justice one.

“That’s more immediate and more relevant, because it’s here and it’s been the culmination of many years’ work. If this korero to the UN helps to generate and maintain those conversations at home it will have been worth it.”