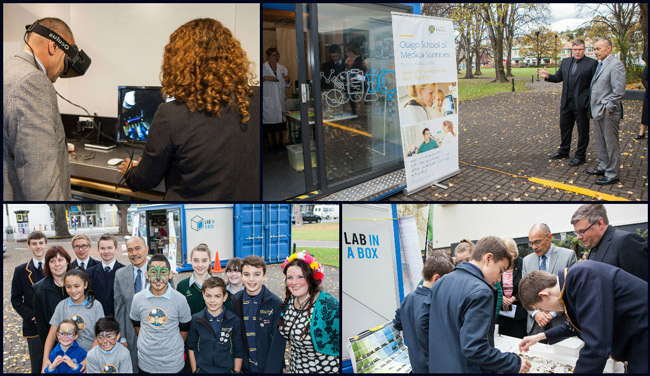 Governor-General Sir Jerry Mateparae meets the locals and learns more about science at the Museum Reserve today (see the photos at the end of the story for the locals' names). Photos: Sharron Bennett.

Trying on 3D goggles to see the solar system close-up was all part of Governor-General Sir Jerry Mateparae’s visit to the Lab-in-a-Box at the Museum Reserve today.

He also peered through a microscope, saw a magnified image of a bee’s wing projected on to a wall, and talked to Otago Boys’ High School pupils about their study of the effects of dredging on the plants, creatures and fish in Otago Harbour.

Sir Jerry also saw a trap that Te Kura Kaupapa Māori O Ōtepoti pupils use to catch moths to help the Orokonui Ecosanctuary find out if there is any difference between the number of moths outside its protective fence and inside it.

Sir Jerry heard about a project monitoring the water quality, fish life and tiny insects in the Tomahawk Lagoon as well. Pupils from John McGlashan College, Bayfield High School and Tahuna Normal Intermediate showed him some of the small insects found locally in fresh water.

The Lab-in-a-Box is a science laboratory which folds away into a standard (20 foot) shipping container, so it can be transported around the country.

Professor Peter Dearden was Sir Jerry’s guide at the Museum Reserve during his tour of the lab, which takes science to the country to encourage and inspire rural schools and communities to engage with science and technology.

The lab is a partnership between the University, Otago Polytechnic, the Otago Museum, and Orokonui Ecosanctuary, and is also supported by a large range of local institutions. 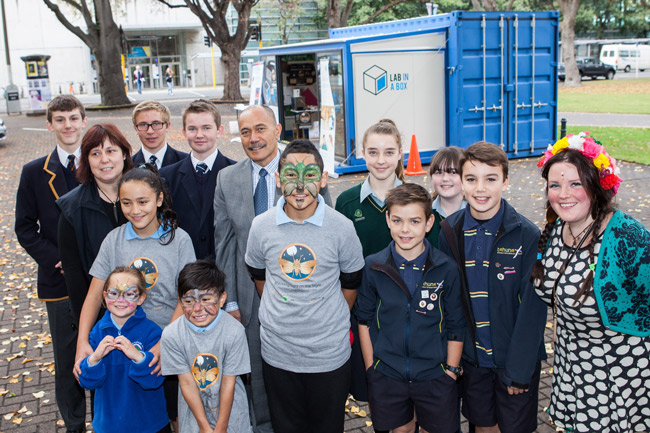 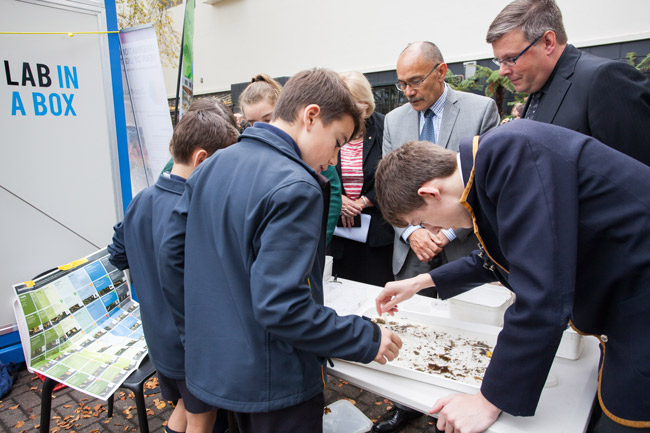