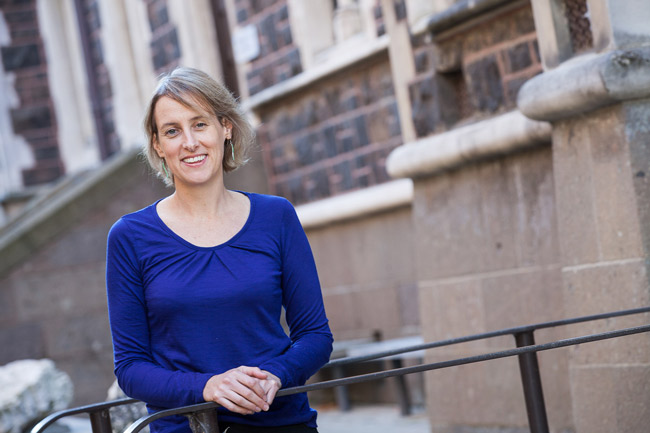 The new director of New Zealand’s only civil Legal Issues Centre believes the key to improving the civil justice system for thousands of New Zealanders will involve looking outside the legal system.

Dr Bridgette Toy-Cronin - who has a background in both legal academia and the legal profession - wants to draw on expertise in the social sciences, including psychology, sociology, public health, and economics.

She would like to see the Centre become truly interdisciplinary because improving a legal system requires looking at justice and systemic change.

The Centre, based in the University’s Faculty of Law, performs independent research on how to make the legal system more accessible, affordable and efficient; while also researching how courts can get to the truth and arrive at fair and just outcomes.

Dr Toy-Cronin says legal analysis alone cannot provide all the answers while collaboration should produce a “richness in theory and method that will push understanding forward and help us find creative solutions.”

Access to justice has become an important issue for the judiciary and legal community in recent years as the squeeze has really come on many New Zealanders’ ability to use the system effectively.

Dr Toy-Cronin says that has sparked an openness to change, and the Centre will have a vital role in making sure any changes are based on sound evidence. New Zealand has no other centre focusing on civil justice research, and there are not many worldwide either.

Dr Toy-Cronin is responsible for ensuring the Centre fulfils its potential as an internationally significant centre of excellence in systemic justice reform.

She is drawing up a work plan for the Centre based on justice issues that affect thousands of lives and could affect Government policy as well.

The Centre – which focuses on civil rather than criminal cases – already has a major project underway, examining delays in the High Court and the explanations for those delays.

“That research goes to what many see as a major problem for civil justice internationally, that ‘justice delayed is justice denied’.”

Dr Toy-Cronin is not only managing a team of researchers, but conducting research herself as well.

“Civil justice reform is absolutely my passion, it is hard to imagine a position that could be better suited to my interests and experience.”

She graduated with a Master of Laws from Harvard Law School in 2005, where she was a Frank Knox Fellow.

She began a PhD at Otago in 2011, examining litigants who represent themselves in civil court. Her PhD was awarded last year.

Dr Toy-Cronin has also worked as an intern to the International Criminal Tribunal for Rwanda, as a High Court Judges' Clerk, and as a civil litigator in New Zealand and Australia.

She spent a year in Cambodia working for the Cambodian Defenders Project on Women's Rights as well.

University Dean of Law Professor Mark Henaghan says he has no doubt Dr Toy-Cronin will make a considerable difference to how the legal system works.

As the Centre’s Director, she will employ “her considerable intellectual skills, her passion for wanting to ensure that the legal system is fair for everyone, her exceptional organisational skills and her determination to complete tasks to the highest degree of quality.”

“Her research will be impeccable. Bridgette is articulate in presenting her findings and will be able to deal very effectively with the media, government departments, the judiciary and legal profession, and the public … we are very fortunate to have her as part of our University and Faculty.“

Dr Toy-Cronin was selected as Director because her out-standing legal qualifications and experience mean she has a wide understanding of how the law can and should work.

Professor Henaghan says when she completed her PhD on an area of law never researched before, she developed the skills of a social scientist to find out how the civil legal system was actually working for litigants who acted on their own behalf in court.

“The thesis was graded as exceptional and received high praise from both internal and external international examiners.”

The Legal Issues Centre was established in 2007 with a donation from Marilyn and Grant Nelson (The Gama Foundation) and the University of Otago Foundation Trust.

Mr and Mrs Nelson were involved in a lengthy and expensive civil court case they ultimately won in the Court of Appeal, but also saw first-hand the negative effects of protracted litigation.