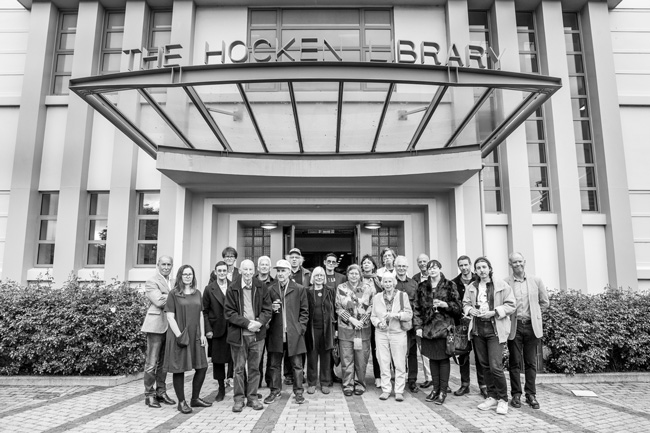 Some of the finest artworks ever produced in New Zealand are on show in Dunedin from this week.

The Dunedin Public Art Gallery and the Hocken Library are hosting an exhibition that celebrates the 50th anniversary of the University of Otago’s Frances Hodgkins Fellowship.

The exhibition Undreamed of … 50 years of the Frances Hodgkins Fellowship opened on 5 November, and will run to 26 February 2017.

The exhibition was launched at a function at the Hocken on Friday, with many of the former Fellows attending. 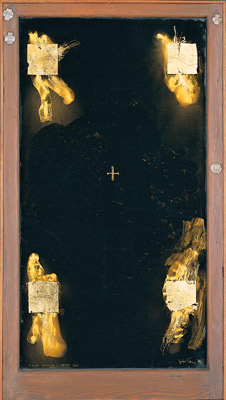 A book on the Fellowship, jointly written by Priscilla Pitts and Andrea Hotere, is also planned for 2017.

A collaboration between the University and the Dunedin Public Art Gallery, the exhibition features more than 90 works created by the Fellows since 1966. Each artist is represented by a work created around the time of their Fellowship, and, for most, there’ll also be a more recent work.

“It has been hugely beneficial for the arts to enjoy such unique, long-running support from a university; it has enriched New Zealand’s cultural landscape, and had a profound effect on the individual artists. The opportunity to devote a year to thinking and experimenting in artwork has changed artists and created careers; it’s been very influential.”

She says the exhibition has been both exciting and challenging to bring together, given there is such an incredibly varied selection of works, including installations and a wide variety of paintings and sculpture.

Cultural commentator Hamish Keith said the Fellowship is “a success beyond what anyone might have imagined, for the city as well as the artists.”

"... it has enriched New Zealand’s cultural landscape, and had a profound effect on the individual artists."

Originally set up to open debate on culture in New Zealand and encourage artistic thinking, the University’s Frances Hodgkins Fellowship has been recognised as New Zealand’s premiere art award.

Frances Hodgkins Fellowship Selection Committee Convenor David Bell says it has nurtured the successful careers of a long sequence of our most distinguished artists.

“Its conditions have allowed recipients to work intensively for sustained periods, and to take risks in their work that have, without exception, informed fruitful new directions in their creative practice. The outcomes have contributed to the crystallisation of inventive practices and career pathways that have enriched the aesthetic climates of the University and Otago communities,” he says.

“This forward-thinking initiative helped to form the cultural identity Charles Brasch and his university colleagues sought for New Zealand.”

About the Frances Hodgkins Fellowship

The University of Otago established the Frances Hodgkins Fellowship in 1962. Dunedin writer and publisher Charles Brasch and other philanthropists contributed funding to “encourage artists in the practice and advancement of their art” by providing them with a studio and a year’s stipend. 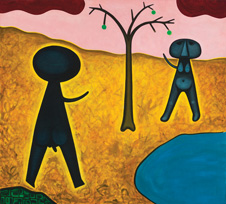 The Fellowship was named after Dunedin-born Frances Hodgkins, one of New Zealand's most distinguished painters. She herself experienced an exceptionally productive time during a painting retreat, writing that it supplied the stimulus of new surroundings and fresh subject matter, allied with much needed financial support.

It was this level of support the Fellowship sought to repeat for artists who are resident in New Zealand.

At the time, it was the only artist’s residency of any substance in New Zealand, and remains the most generous Fellowship for New Zealand artists today.

Painter Michael Illingworth was awarded the first Fellowship in 1966, and went on to challenge the New Zealand art scene in the following 20 years with his idiosyncratic landscape and figure paintings.

The Fellowship has since attracted 48 fellows in the 50 years, two of whom held Fellowships for two years, and continues to attract high calibre artists from a broad range of practices.

The value of the fellowship to New Zealand artists

The current Frances Hodgkins fellow is artist Miranda Parkes, who is known for her scrunched canvas and three-dimensional works.

She says the fellowship offers precious time to focus and grow her practice. She also values the connections formed with people in Dunedin, particularly the other Otago University Fellows.

“The Fellowship is an elegant and practical gift that had helped facilitate my life as an artist for this year and years to come. It reminds me to sink my teeth in and go for it. 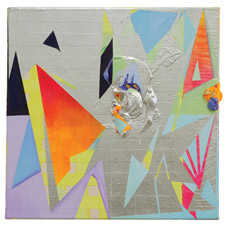 “I'm so proud and excited to be included in the 50th anniversary show, as I believe it's an important and really interesting, diverse milestone in New Zealand art history. It's a real honour to hold the Fellowship following such an incredible list of artists.”

Campbell Patterson has just been appointed as the artist in residence for 2017. He has been making and interchanging work in various mediums, including, writing, sculpture, photography, painting and video, and plans to focus on making both film and sculptural works while in Dunedin.

Mr Patterson says he is looking forward to focusing on making and thinking for a whole year when he gets to Dunedin.

“It will be great to immerse myself deep into my practice and into a new environment; not since I was a student has it been possible to do this for such a generous amount of time so naturally I am thrilled and a little terrified.”

"It’s fantastic to be so well supported with no strings attached and no distractions; nothing to do but paint – it was an amazing time."

Fellow artists often comment they dream of again enjoying the luxury of a year’s uninterrupted time in a studio to make art fulltime, and Christchurch painter and sculptor Julia Morison is no exception.

She took up the fellowship in 1988, using her time to make a large and ambitious 10-part work called Decan.

“Being awarded the Fellowship was really important to me. Having a studio and uninterrupted time to develop my work to explore ideas and to concentrate was immensely valuable. It’s fantastic to be so well supported with no strings attached and no distractions; nothing to do but paint – it was an amazing time. I loved becoming part of the University and having access to facilities like the Library and the Anatomy Museum.

“It was also affirming for me to be chosen by peers for the award. Artists go back into their practice after a year knowing that people think you are worthy of investing in; it instils confidence to continue with the arts as a career choice, as all of the Fellows over many years have done.”

Ms Morison continues to work from her studio in Christchurch.