From the stairwell to the world: 2017 Proof of Concept winners named 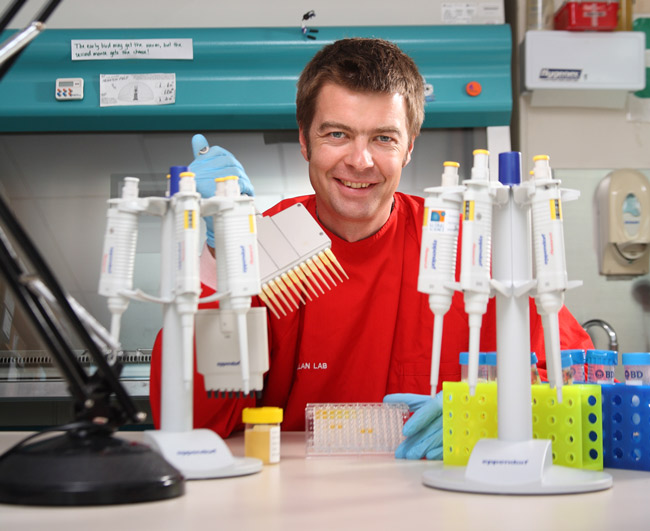 A strong partnership ... Associate Professor Alex McLellan (above) and Dr Yoshio Nakatani (below) of Microbiology and Immunology have won this year's Proof of Concept competition with an idea to make cancer treatments safer. 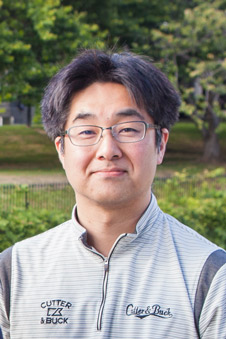 A stairwell conversation was the starting point of a winning idea for Microbiology and Immunology’s Associate Professor Alex McLellan and Dr Yoshio Nakatani.

The pair have today been named the winners of this year’s $60,000 University of Otago Proof of Concept competition with their proposal for a new technique to make modern cancer treatments safer.

“Immunotherapy has a very bright future. But some trials have been stopped due to fatalities caused by over-stimulation of the immune system. Our idea will make cancer treatments safer.”

Associate Professor McLellan's research skills are in immunotherapy, while Dr Nakatani is an expert in solving the crystal-structure of proteins. The collaboration developed after a stairwell conversation between the pair.

"The award signals that experts in commercialisation see the idea as a valuable commodity and one likely to succeed."

“I had been thinking about failsafe systems to make cancer treatments safer for patients. I hit on a simple idea that is the basis for the invention, but I could not initially tell if the idea was feasible. Yoshio, one of the best protein structure scientists in Australasia, was fascinated by the design. He then checked the structures and showed that the idea was possible.”

“I am in one of the happiest states I have ever been over receiving funding! The award signals that experts in commercialisation see the idea as a valuable commodity and one likely to succeed.”

“It is a great privilege that our team has received this grant. I’m very pleased and excited that I can use my expertise to support Alex’s idea and to technically contribute to his project design.”

While the pair haven’t worked together before, their partnership is strong, Dr Nakatani says.

“We both are very open-minded so that we do not hesitate to ask naive questions, which I think is key for teamwork.”

"It has been an impressive display of intellectual horsepower. Projects ranged from making a more efficient heat pump to a new heart test."

The idea has the potential to make a major difference to cancer treatment worldwide, Associate Professor McLellan says.

“With one third of us likely to develop cancer, the invention will have a wide utility.”

The chair of the judging panel Dr Andrew Kelly of BioPacific Partners says  the quality of this year’s entries was high.

“We had trouble picking a winner. We went back and forth over several entries for some time. I have chaired this contest for quite a few years now and am impressed by both the quality and variety.”

Otago Innovation Chief Executive Pete Hodgson says many of the projects in the competition are “investable.”

“It has been an impressive display of intellectual horsepower. Projects ranged from making a more efficient heat pump to a new heart test.”