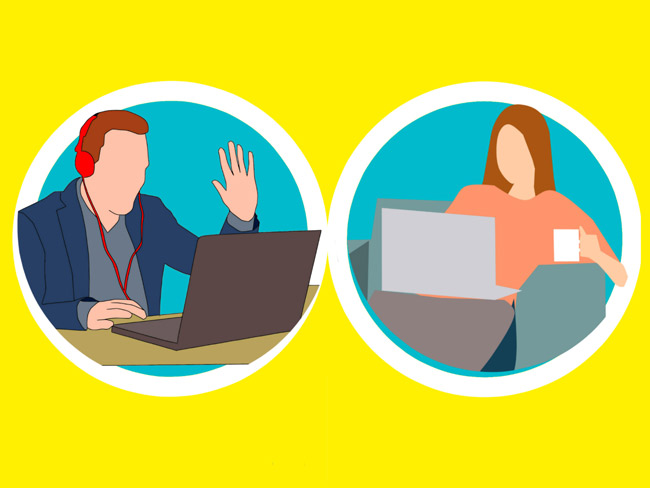 Videoconferencing is an increasingly popular option at the University of Otago.

Videoconferencing is taking off – staff and students spent more than three million minutes Zoom conferencing at the University of Otago last year and are on track to double that this year.

He believes use has not peaked yet by any means.

The service does not cost users anything – whether used on-campus or off-campus – because it is funded centrally.

The skyrocketing demand for videoconferencing is also being driven by the need to save time and money on travel, along with rising concerns about the environmental impact of air travel.

Improvements in the quality of videoconferencing have also made Zoom more accessible, especially for mobile devices.

Mr Foster says lecturers are keen to use Zoom to provide richer experiences for students, rather than the traditional audio-only telephone conferences.

Another driving force has been some “awesome” users who took up Zoom early and are encouraging other people to give it a go.

Who is using it

Teaching uses a significant amount of the Zoom time, for everything from informal one-on-one catch-ups to classes of more than 50 students.

Another common use for the software is meetings between the University’s campuses – for research collaboration, professional development, committee meetings, general collaboration, interviews, seminars, webinars, to create video tutorials and for PhD oral exams.

While staff and students mostly Zoom with people elsewhere in New Zealand, international connections are common and often involve people from several parts of the world simultaneously.

The most common international connections in July this year were with Australia, followed by the United States, the United Kingdom, China, Malaysia, Fiji, the United Arab Emirates, Brunei Darussalam, and Thailand.

Most people connect to Zoom from their office or home device but the University also has purpose-built rooms that can be booked (see blue box below).

When the University introduced Zoom three years ago, staff and students used it for 440,000 minutes in the first six months – but within a year, they were using it nearly that much in a single month.

Until October this year, Zoom meetings totalled 4.35 million minutes. In October alone, there were 1,870 Zoom meetings with 9,127 participants.

So far, nearly 3,000 users have signed up for a Zoom Pro account, which is easy to use and has powerful features, Mr Foster says.

People can also join Zoom meetings from an ordinary telephone, for an audio-only connection.

Zoom is compatible with non-Zoom videoconferencing systems as well, if they conform to the H.323/SIP standard.

Mr Foster says people who have not tried Zoom yet should check it out because Zoom is probably much easier to use than they think.

For help getting started, people can:
Visit the University’s Zoom help webpage
Contact eConferencing with any questions, Email: econferencing@otago.ac.nz