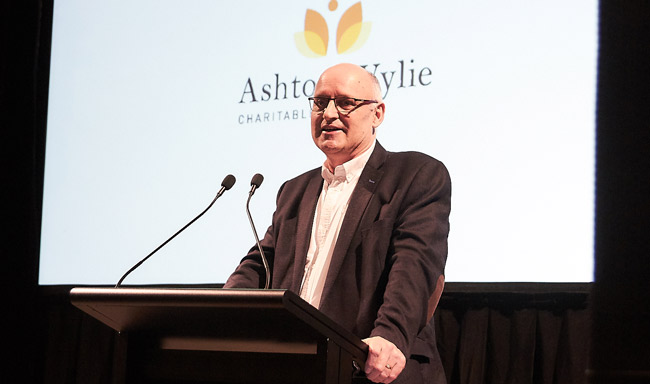 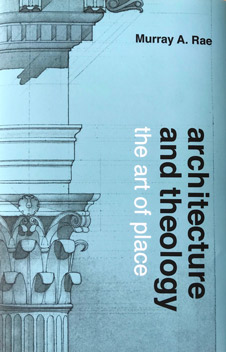 An Otago Professor of Theology, who began his working life as an architect, has won a major award for a book that combines both of his passions.

Professor Murray Rae won this year’s $10,000 Ashton Wylie Mind Body Spirit Literary Award for his book Architecture and Theology: The Art of Place at a ceremony in Auckland on Friday.

“There is a lot of satisfaction just in writing the book, but it is always gratifying when people find some value in one’s work,” Professor Rae says. “I am particularly pleased in this instance that the book has proven to be accessible to a non-specialist audience. Although I hope to say something of interest to my academic peers, I am much more interested in speaking to a wider public. The award confirms that I have been at least partially successful in that regard.”

The Awards’ convenor of judges, Adonia Wylie, says Professor Rae’s winning book is a most timely literary work that will change the way we think of our built environment and how it affects us all.

“This is an extremely worthwhile, educating, uplifting and much needed literary accomplishment.”

Professor Rae says the book, which he began 15 years ago, was an opportunity to combine his two passions – architecture and theology – and explore the ways in which architecture might give new insight into the subject matter of theology.

“Architecture speaks of meanings and values, whether intentionally or not. It both molds our lives, and gives expression to our sense of identity, our place in the world, our aspirations, and our commitment to particular ways of living.”

"I often give the example of the Sky Tower in Auckland, dominating the skyline and rising above a casino, as an emblem of what we count as valuable now."

The goals of architecture have changed over the years, he says, becoming increasingly driven by commercial and private interests rather than the wellbeing of the community as a whole.

“I often give the example of the Sky Tower in Auckland, dominating the skyline and rising above a casino, as an emblem of what we count as valuable now. There are of course many exceptions to this rule, but not enough to persuade me that the generalisation does not carry some truth.”

Professor Rae initially studied architecture at the University of Auckland and practised as an architect in New Zealand’s biggest city. A son of a Presbyterian minister, he felt called to the Ministry while working as an architect, and came to Dunedin to study theology and philosophy at Otago. After teaching at Knox for two years, he completed a PhD at King’s College in London.

He then worked as a chaplain at Auckland University for three years, returned to London to teach theology at King’s College for seven years, before coming home in 2005 to lecture in theology and ethics at Otago.

The Ashton Wylie Charitable Trust was established following the death of Ashton Wylie in 1999. Ashton, an Auckland businessman, was a philanthropist with a wide range of interests particularly in the area of spirituality, personal development and positive relationships.