Camellia planted on campus for Suffrage 125 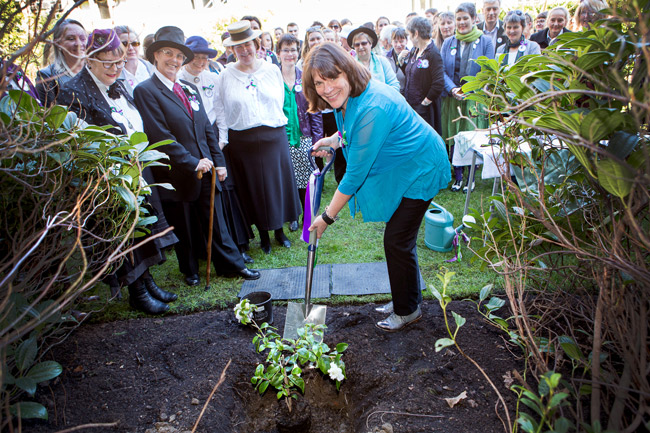 The University yesterday joined the rest of New Zealand in celebrating the 125th anniversary of women’s suffrage, with the planting of another white camellia in the Marama Hall garden among others planted in 1993 to recognise the suffrage centenary.

The event, organised by the Staff Women’s Caucus (SWC), was an opportunity to acknowledge the anniversary of the passing of the Electoral Act 1893 on 19 September 1893 which gave all women in New Zealand the right to vote. 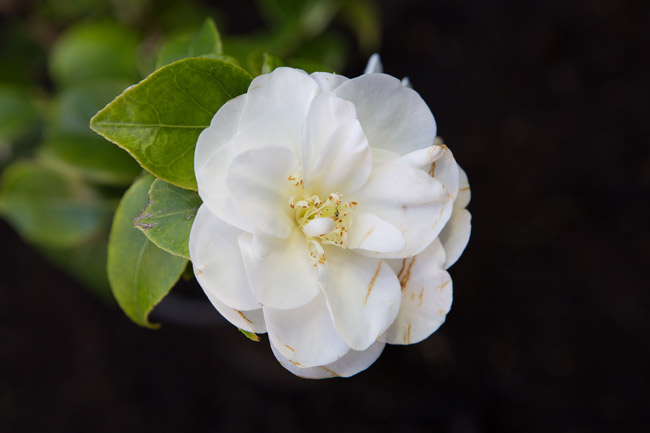 The white camellia is the symbol of New Zealand women’s suffrage; suffragists gave them to their parliamentary supporters to wear in the house.

As well as planting the camellia, several women dressed up including SWC Co-chair Amanda Phillips channelling the leader of the suffrage movement Kate Sheppard and Summer School Director Dr Elaine Webster in a suit to represent Julius Vogel and the other men who supported suffrage. A special cake was cut, and members of the Dunedin Technical Premier Women’s football team also attended with the Kate Sheppard Cup – New Zealand’s premiere women’s football trophy which was re-named this year, and won by the club which includes six Otago students. 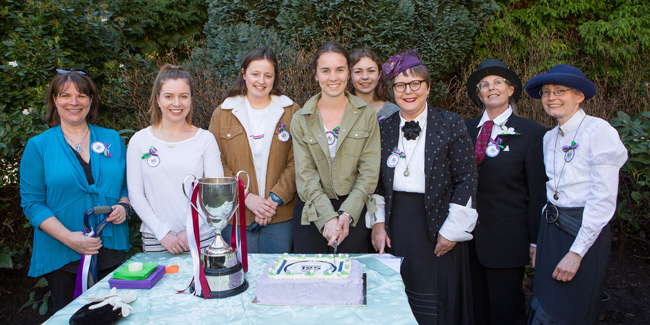 In August 1871, in response to a petition from 149 women, the University Council agreed unanimously to admit women to all classes. By the time of its second year, in 1872, the University roll of 70 included four women, which the Vice-Chancellor contrasted with current student demographics. She acknowledged the extra difficulties Caroline Freeman faced to become Otago’s first woman graduate.

“Electioneering Women are requested not to call here. They are recommended to go home, to look after their children, cook their husband's dinners, empty the slops, and generally attend to the domestic affairs for which Nature designed them. By taking this advice they will gain the respect of all right-minded people - an end not to be attained by unsexing themselves and meddling in the masculine concerns of which they are profoundly ignorant.” 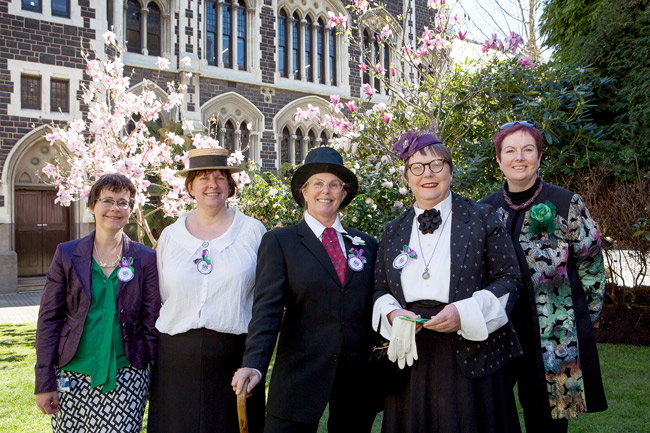 Ms Warnaar says the event was a wonderful celebration, and thanks the Vice-Chancellor for taking the time to undertake the honours, all of those who attended, and Property Services.

“The word proud kept cropping up; this is an achievement that so many New Zealanders, even 125 years on, feel really good about.”