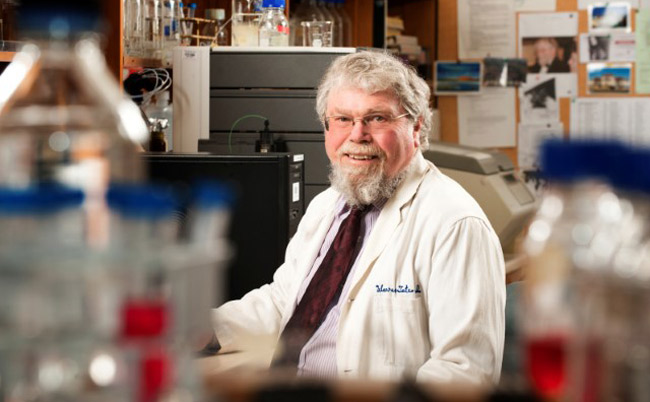 Receiving the Marsden Medal at this year’s New Zealand Association of Scientists Awards is especially poignant for Professor Warren Tate.

Professor Tate’s brother Kevin, a former scientist for Landcare Research working on climate change won the Marsden medal, awarded for “a lifetime of outstanding service”, in 2005. Tragically, he died earlier this year after he was afflicted with Motor Neurone Disease last year.

“Accepting nomination for the award was a special way for me to honour his memory and his major contribution to science,” Professor Tate explains.

Professor Tate (Biochemistry) was one of three University of Otago scientists recognised this evening for their significant contributions to New Zealand’s science community by the New Zealand Association of Scientists. Dr Judith Bateup (Microbiology and Immunology) received the Cranwell Medal, for excellence in science communication and Associate Professor Siân Halcrow (Anatomy) the Hill Tinsley Medal, awarded to outstanding young scientists.

"The prescription of this award – ‘contribution to science in the boarder sense’ – is an ethos I have lived by during my extensive career."

The medals were awarded at a function at the Association’s annual conference in Auckland this evening. Co-President of the New Zealand Association of Scientists, Associate Professor Craig Stevens, says the awards seek to recognise and promote both the recent past of New Zealand science and scientists.

“It also looks to recognise and support future science leaders, as well as the importance of communication what science is and does, now and in the future, to a range of audiences,” Mr Stevens says.

Supporting future scientists is something close to the heart of Professor Tate, who has a stellar national and worldwide reputation for his research discoveries in molecular biology and human disease, together with his collaborative research.

“The prescription of this award – ‘contribution to science in the boarder sense’ – is an ethos I have lived by during my extensive career,” Professor Tate says.

“…Not only to try to do excellent scientific research, but also to nurture the discipline by being involved in important policy and investment development in New Zealand and globally, and especially through the mentoring of young and emerging scientists and helping them reach their full potential.” 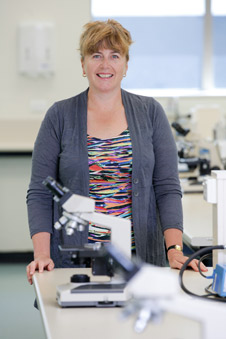 Excellence in communicating science to the public is the basis for the Cranwell Medal, something Dr Bateup has excelled in.

Over two decades she has worked on developing outreach programmes for secondary school classes at the University of Otago - as well as a number of other initiatives including the Schools Science Fair - to encourage young people to consider science as a career.

Among many other things, she has also developed resources for secondary school teachers and is on the organising committee for the NZ International Science Festival.

She considers being a tertiary educator carries wider responsibilities than simply teaching.

“Just as a language is central to a culture, it is important that science is seen, heard and understood in the community,” Dr Bateup says. 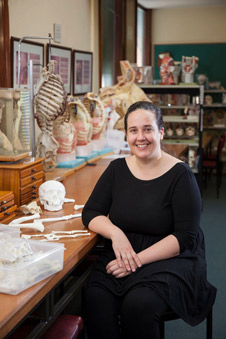 Associate Professor Halcrow says she was “pleasantly surprised” to receive the Hill Tinsley Medal given her work spans the biological sciences and anthropology – the humanities.

She is recognised internationally as an expert in the field of childhood bioarchaeology. Her studies in Southeast Asia and South America investigating the adoption and intensification of agriculture have led to significant insights into the origins of factors affecting human health, fertility and disease.

2018 has been a big year for the young scientist. In October she received the University’s Rowheath Trust Award and Carl Smith Medal, awarded annually to recognise the outstanding scholarly achievement of researchers in the early stages of their careers.