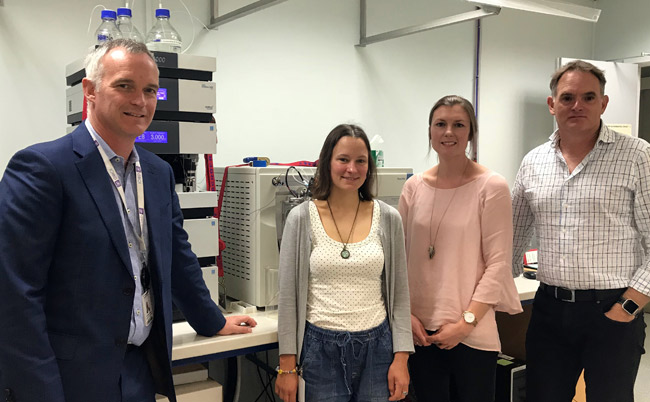 Two winning teams have emerged from this year’s University of Otago Translational Research Grant (TRG) competition – one in Dunedin and one in Christchurch.

A team led by Professors Tony Kettle, Mark Hampton, Richard Gearry and Dr Nina Dickerhof at the University of Otago, Christchurch, has proposed developing a laboratory test that would be able to sensitively detect inflammation or infection in patients with a range of medical conditions.

"Initially, we will determine whether our biomarkers can assist in the diagnosis and ongoing management of inflammatory bowel disease."

A second, Dunedin-based team, led by Dr Phil Heyward and Matt Hall (Physiology) and Professor Dirk de Ridder (Neurosurgery) has proposed a new technique for assessing if medications might be effective for treating Bipolar Affective Disorder. Bipolar Disorder is a serious mental illness, for which only a limited range of treatments is available.

Both teams say they were excited to take part in the competition, which is now in its sixth year.

Professor Kettle says the Christchurch-based team is investigating the potential of new biomarkers to help diagnose infection and inflammation.

“The biomarkers were discovered by Teagan Hoskin as part of her PhD under the supervision of Nina Dickerhof,” he explains.

“Initially, we will determine whether our biomarkers can assist in the diagnosis and ongoing management of inflammatory bowel disease. The clinical work will be done with Richard Gearry in the Department of Medicine. Our work is a direct spin-off of an HRC Programme grant which is directed by Mark Hampton and myself.” 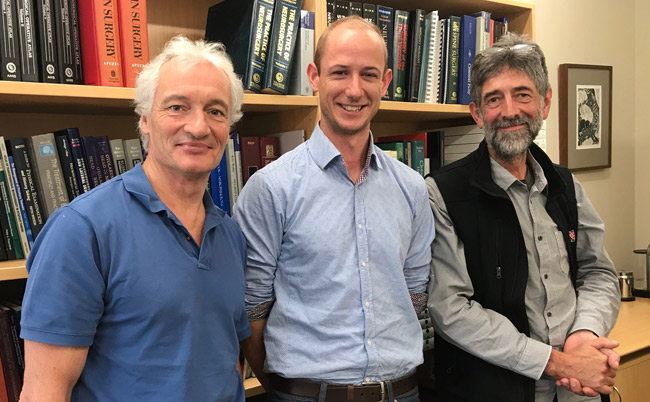 Dr Heyward says the Dunedin-based team has come together around a shared interest in how the brain works.

“Individually we've been looking at it from very different perspectives, from single brain cells in the lab, to brain networks in people, to brain health problems. We are delighted that our ideas have come together in such a way that we might now develop new treatments, possibly cures, based on particular features of brain activity.

"It's very motivating to see that others see the potential of the project. It means that our research is not purely academic, but could have genuine, positive impact in people's lives."

“It is particularly fulfilling to be bringing decades of research to fruition, with the support of the University."

Mr Hall says he is “chuffed to be on this grant-winning team”.

“It's very motivating to see that others see the potential of the project. It means that our research is not purely academic, but could have genuine, positive impact in people's lives. At such an early stage of my research career, it puts a lot of wind in the sails!"

Health Sciences’ Associate Dean, Research Commercialisation, Professor Paul Glue says the selection panel for the 2018 contest – which included two external innovation experts, as well as staff from both the University and Otago Innovation (OIL) – was very impressed by the quality of the applications.

The 2018 contest saw OIL offer coaching on how to ‘pitch’ a presentation of this type – and many of the applicants took advantage of this learning opportunity.

Professor Glue says as well as working with Professor Kettle and his collaborators, and Dr Heywood and his team, OIL staff will also engage with and encourage the other applicants in their translational research efforts.