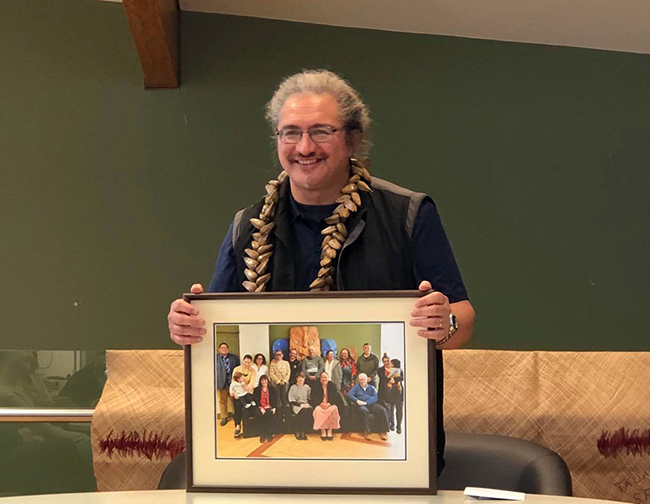 He tangata, he tangata, he tangata – a theme in many valedictory speeches for Professor Poia Rewi as he left his position as Dean of Te Tumu, School of Māori, Pacific and Indigenous Studies last month was how he always prioritised peoples’ needs as a teacher, academic and leader.

Professor Rewi (Ngāti Manawa, Tūhoe, Te Arawa, Ngāti Whare and Tūwharetoa), came to Te Tumu in 2003, was appointed Dean in mid-2015 and was promoted to Professor in 2016.

He leaves Otago to become Tumu Whakarae (Chief Executive) of Te Mātāwai, a government agency created to assist hapū, iwi and communities in the important task of Māori-language revitalisation.

Hailing from Murupara in the Bay of Plenty, he came to Otago from the University of Waikato to bolster Te Tumu’s Māori-language teaching programme. 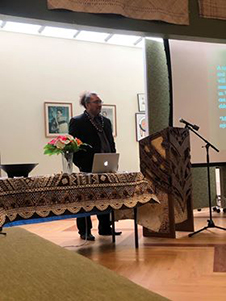 Professor Rewi discusses used the concept of Rangakura at his Te Tumu farewell.

He is an acknowledged master of te reo Māori, always teaching the advanced-level language classes. He was also highly sought after as a supervisor by postgraduate students in Te Tumu, and in 2012 received the OUSA Supervisor of the Year Award.

With other Otago academics he developed AKI, an app to help learn Māori vocabulary. He is also part of a team that came up with ZePA (Zero Passive Active), a model to advance the public’s attitudes and engagement with te reo Māori, and to promote Māori-language revitalisation. The model is now used by a number of government agencies. A noted composer in his own right, he also taught Te Tumu’s advanced kapa haka classes. 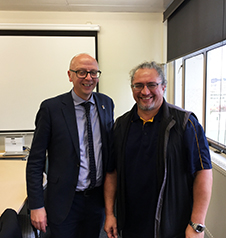 More recently Professor Rewi has worked with academics at Victoria and Auckland as a Co-Principal Investigator of Te Pae Tawhiti: Te Reo Māori, funded by Ngā Pae o te Māramatanga, looking at the value of te reo Māori in terms of the economy, cultural identity and social cohesion.

This led to The Value of the Māori language: Te Hua o te Reo Māori, published by Huia in 2014, that won the Te Reo Māori category of Ngā Kupu Ora Aotearoa Māori Book Awards in 2015. He is currently Deputy Director of Ngā Pae o te Māramatanga, a position he will relinquish for his new role in Wellington.

He was appointed to the board of Te Taura Whiri i te Reo Māori (Māori Language Commission) in 2012, and in 2014 was seconded from the university for eight months to be their acting Chief Executive.

At his farewell seminar at Te Tumu on 24 June, Professor Rewi used the concept of Rangakura – which he described as a systematic, fluid and unpredictable path used to investigate to unearth or reveal what is hidden – to challenge investigators to broaden the scope of research within Māori communities.

On the 23 June, Pacific academics and members of the wider community joined Vice-Chancellor Professor Harlene Hayne to reflect on the wide-ranging contribution Professor Rewi had made at Otago.

Humanities Pro-Vice-Chancellor Professor Tony Ballantyne said Professor Rewi’s leadership has created a positive, collegial and collaborative environment at Te Tumu, and Professor Rewi had earlier helped the Humanities Division in a similar way in his role as Associate Dean Māori.

“Professor Rewi’s personal integrity and deep-commitment to people informed his leadership as well as his academic work, and many, including myself, have taken much from this approach, which always prioritised relationships.”

Professor Ballantyne says that Professor Rewi will be missed, but he is sure that he will remain connected to the University of Otago.

“I am sure that the knowledge and experience that Professor Rewi cultivated at Otago will be important for him as he undertakes his important new role at Te Mātāwai." 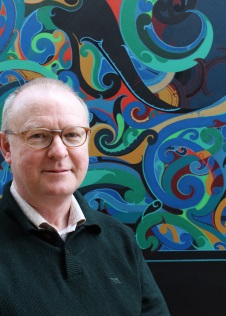 Acting Dean of Te Tumu Professor Michael Reilly describes Professor Rewi as a “deeply humble, modest man who believes that it is for others to speak of the kumara’s sweetness.”

“His abiding passion is always first and last, te reo Māori. He advocates for its use by all New Zealanders. In his teaching and writing he always encourages his students and others to seek out and to utilise the rich diversity of language forms that the reo has inherited from the ancestors.”

“In Te Tumu Poia was generous with his time and showed hospitality to all. He became well known for volunteering to work in the kitchen, always concerned to ensure visitors, staff and students had plenty of food; a mark of the true leader, one who always thought of the well-being of others.” 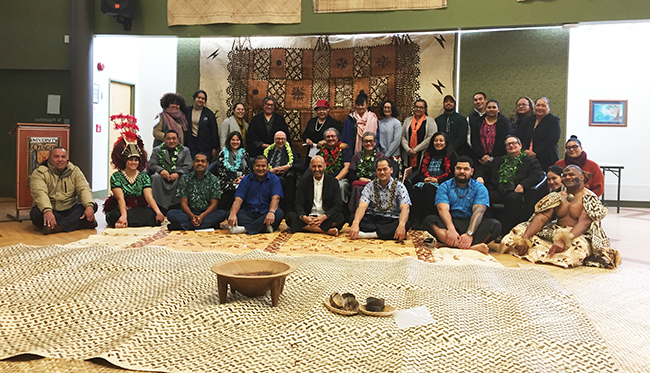 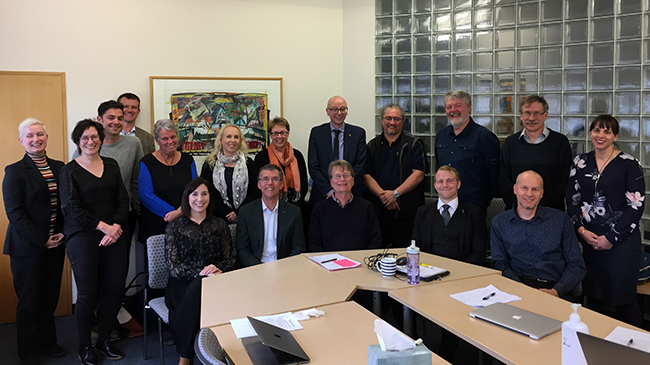