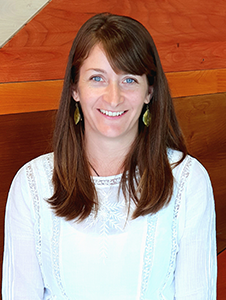 The ongoing impact of ‘quake brain’ is the focus of a newly-funded study that will look for ways to help those suffering from a decline in cognitive function.

Dr Katie Douglas of the University of Otago, Christchurch Department of Psychological Medicine was awarded $213,000 by the The Canterbury Medical Research Foundation (CMRF) to study the impact of ‘quake brain’ in large group of middle-aged people.

The new study builds on evidence of ‘quake brain’ already gathered by Dr Douglas and her colleagues at Christchurch’s Department of Pscyhological Medicine. They found significant impairment in memory and other cognitive functions such as emotional processing in Cantabrians who experienced disruptions because of the quakes but described themselves as being ‘resilient’. This ‘resilient’ group experienced ‘moderate to severe’ impacts as a result of the quakes – such as loss of income, witnessing falling buildings, loss of loved ones, or property loss. Seven years after the first Canterbury earthquake one in three of the resilient group admitted they had ongoing cognitive difficulties, when surveyed again by research team.

Dr Douglas will explore this issue further by assessing the psychological, cognitive and functional abilities of more than 200 people aged in their early 40s who were exposed to the majority of the major earthquakes and aftershocks. It will also provide practical recommendations on how to address any common impairments found.

Participants are part of the University of Otago’s world-renowned Christchurch Health and Development Study (CHDS). This group have been studied since they were born in Christchurch in the late 1970s. Data has been gathered from all aspects of their lives which allows detailed examination of the impact of the earthquakes and other stressors.

Dr Douglas says the study is the first to investigate rates of cognitive difficulties in a large, longitudinal cohort exposed to earthquakes and multiple stressors. Brain functions such as memory are essential to surviving and thriving in everyday work and domestic situations.

“These people are in an exciting but often stressful time of their life. Many will be in senior work roles, parenting families and many may be involved in the care of elderly parents. It’s a busy time in life and if the continuing impact of earthquakes is impairing their ability to carry out everyday tasks we want to understand the key factors causing this and provide solutions to help them. Easily-accessible digital tools or simple brain training strategies could be used to address cognitive difficulties in otherwise healthy people such as those in our study.”