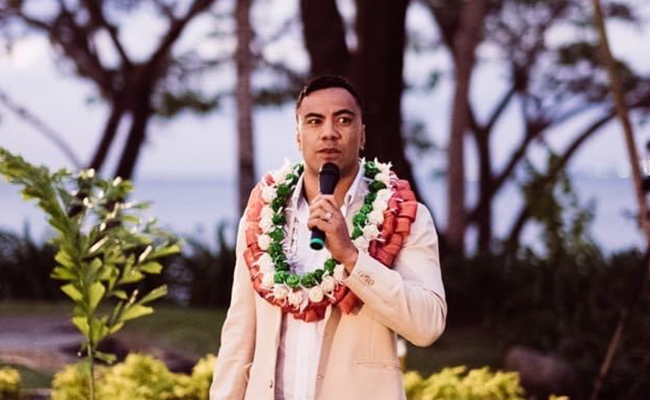 Oka Sanerivi hopes to use his research to optimise Pasifka children's physiotherapy outcomes.

An Otago student is paving the way for Pacific leadership as the first Pasifika clinical leader of a physiotherapy department in all New Zealand District Health Boards.

Otago Master of Physiotherapy student Oka Sanerivi had a keen interest in sports and sciences at school, coupled with a desire to help people. He realised early on Physiotherapy ticked all those boxes.

Becoming the first Pasifika clinical leader of physiotherapy within all DHBs is an important milestone for himself, his family, for past and present Pacific physiotherapists and the wider Pasifika community, he says.

“These resources will provide clinicians and educators with guidance on the best practice for working with Pacific children in Aotearoa, with the expectation that this would improve the quality of the interactions between physiotherapists and their Pacific paediatric patients. This would lead to optimised health outcomes for our children and families.”

“It's recognition of the prayers and sacrifices of generations of Pacific families that have helped raise and guide me. It's also an important signal for future Pacific Physiotherapists of the significance of our ongoing work.”

Oka had an inkling he wanted to be a physiotherapist but following a high-speed car accident involving he and his siblings, he watched “an angel of a physiotherapist” help his brother to walk again, cementing his career path.

So, he headed to Otago for Health Sciences First Year.

Otago’s not only where Oka’s physiotherapy career began, it’s also where his love story did.

Oka decided to chase a girl, Deborah, he met as a Studholme College resident in first-year down to Hamilton where she was studying.

“At Waikato Hospital I had the privilege of working in every clinical area possible: musculoskeletal, orthopaedics, intensive care, paediatrics, neurosurgery, hand therapy and even women's health! Over this time, I developed a special interest in paediatrics and so spent a couple of years working with children in the neonatal intensive care unit, acute wards and the child development centre.

“Eventually I was encouraged into managing the operational processes of the Physiotherapy service for a period.” 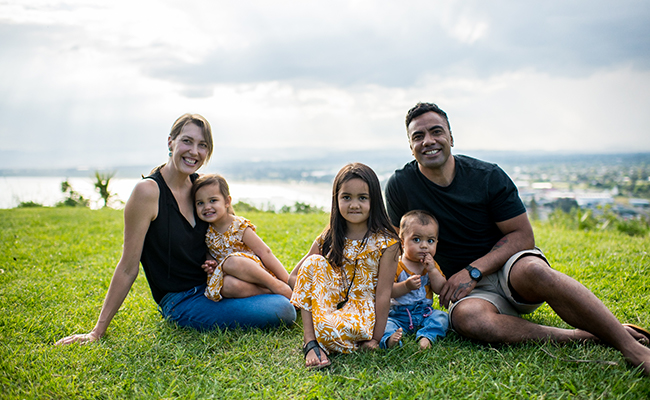 Eventually Oka and Deborah got married and started their family before deciding to move to Turanganui-a-Kiwa (Gisborne), where her family lives.

“In Gisborne I started out by working with Sport Gisborne Tairāwhiti, becoming the first physiotherapist to work for a regional sports trust in New Zealand. I also did a bit of contract work with rehabilitating people following accidents in the community before returning to paediatrics with a role in the child development service at Gisborne Hospital.”

During Alert Level 4 last year Oka was redeployed to the physiotherapy service to support with the potential influx of COVID-19 patients. This became permanent and when the previous Clinical Leader left, he was encouraged to apply.

In undertaking his master’s degree Oka hopes to help create sustainable and meaningful positive changes in the physiotherapy profession through credible research that distils and documents the needs of Pacific people into physiotherapy literature.

His research investigates culturally nuanced approaches to treating Pasifika families, particularly how physiotherapists could and should be providing culturally responsive services to Pasifika children in Aotearoa.

The research explores a gap of knowledge in the profession nationally and internationally, he says. 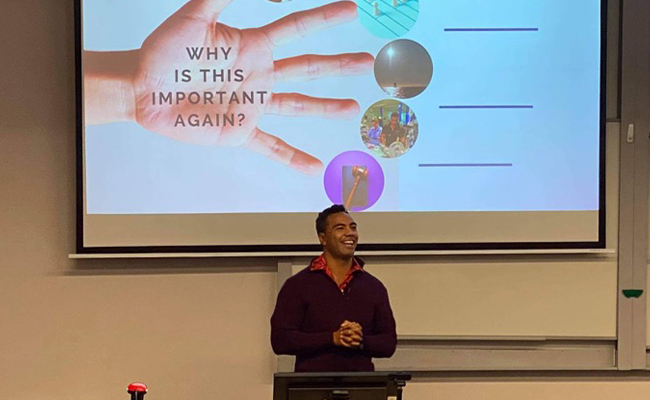 Oka Sanerevi presents his first lecture on 'Pacific Health and Physiotherapy' at the Otago School of Physiotherapy.

“An outcome of my research will be constructing a clinical guideline and/or model of health that will be shared freely with the Physiotherapy Board of New Zealand, all the schools of physiotherapy in Aotearoa and the wider Pacific, as well as with Māori and Pasifika health professional membership groups.”

“These resources will provide clinicians and educators with guidance on the best practice for working with Pacific children in Aotearoa, with the expectation that this would improve the quality of the interactions between physiotherapists and their Pacific paediatric patients. This would lead to optimised health outcomes for our children and families.”

Outside of work and study Oka and Deborah are not only busy with their three children Aniva (5), Lagimalie (3) and Manaia (1), they’re also self-publishing Pacific language books for pre-school aged children.