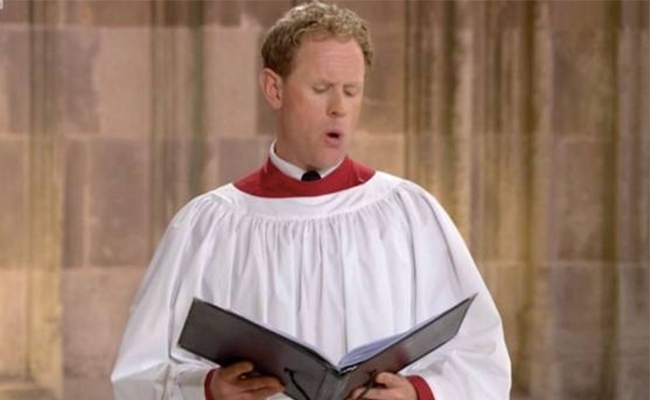 Earlier this month, alumnus Nicholas Madden was one of three Lay Clerks of the Choir who sang at the funeral of the Duke of Edinburgh. Photo: Twitter

Q You must have sung at many big royal occasions. How does it feel to be part of that? 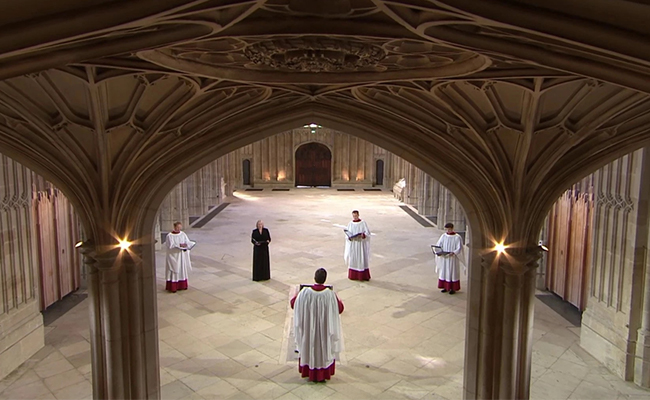 The choir performs inside the chapel.

Q Do you get nervous in those situations?

Of course, sometimes it’s extremely nerve-wracking, especially those ceremonies when you know you are being broadcast around the world. The effect of all the military regalia, marching bands, flags and processions is meant to be impressive, and it can definitely add to the nerves. But over the years working as a professional singer, I’ve come to think of nerves as good thing. They can be useful as they keep you grounded and focused, it’s just a question of working out how to breathe through them so they don’t take over or get in the way.

Q How do you cope with the pressure of singing to royalty, or to an enormous, televised audience?

Q How did you come to be a Lay Clerk of the St George’s Chapel Choir?

Q What is the most memorable royal occasion you have performed at? 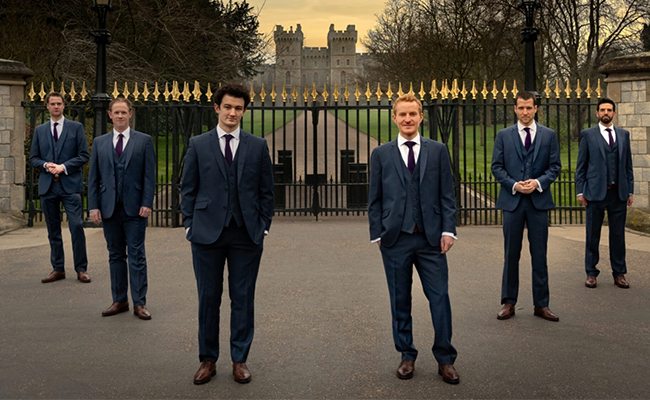 The Queen's Six a capella group, including Nicholas Madden (second on the left).

Q You are also a member of the Queen’s Six, what is this exactly?

The Queen’s Six is an a cappella vocal group made up of six of the Lay Clerks from St George’s. The group was founded in 2008 on the occasion of the 450th anniversary of the accession of Queen Elizabeth I, from whom the group takes its name. Our repertoire ranges from renaissance polyphony and madrigals through to folk songs, pop and jazz, and we perform together all over the world. (You can view videos and listen to recordings of the Queen’s Six here)

Q Do you perform at other places as well, apart from St George’s Chapel?

Q You studied Biochemistry and Genetics at Otago, how did you come to choose singing as your career?

Q What does a working week at St George’s look like for you?

In normal non-COVID times, we sing eight services a week during term time with three services on a Sunday. Outside of that, the time is my own to sing elsewhere, and I also teach singing at a boys’ school one day a week.

Q What is it like to live at Windsor Castle?

Q Any special highlights or memories from your time at Otago?

Q It’s been a long and difficult year due to the pandemic, what are you looking forward to most this summer?

I can’t wait to get back to performing live concerts to live audiences this summer. It’s been amazing to see how inventive people have been keeping things going online, but it’s no substitute for the real thing. It’s not going to be easy navigating touring in a post-COVID, post-Brexit landscape, but I’m optimistic that the appetite for live music hasn’t gone away, and that the determination is there to get things back on track.

And to end, here’s a video of Nick singing 'Amazing Grace' with the Queen’s Six.