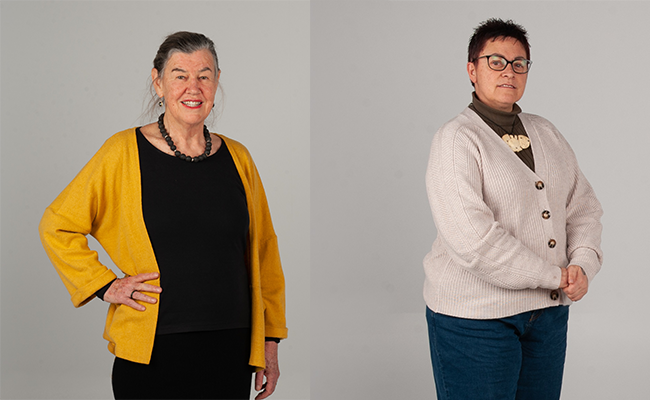 The work of housing and health researchers at the University of Otago, Wellington is being showcased in a BBC mini-documentary.

The Science of a Healthier Home focuses on the work of the Department of Public Health’s He Kāinga Oranga/Housing and Health Research programme.

It features Co-Directors of the programme Distinguished Professor Philippa Howden-Chapman and Associate Professor Nevil Pierse and researcher Cheryl Davies, Manager of the Tū Kotahi Māori Asthma Trust and Secretary of the Wainuiōmata Marae Trust Board.

The documentary, hosted on the BBC website, is part of a series designed to show how scientists can connect the dots between disciplines and communities.

The He Kāinga group were selected as part of an international search for researchers involved in evidence-based actions which meet the United Nations’ Sustainable Development Goals.

The documentary focuses on the 20-year-long collaboration between He Kāinga Oranga and the Wainuiōmata marae in Wellington. It demonstrates the real-world difference this long-standing partnership between the University and the community has made to the creation of knowledge and the health of families in the community. 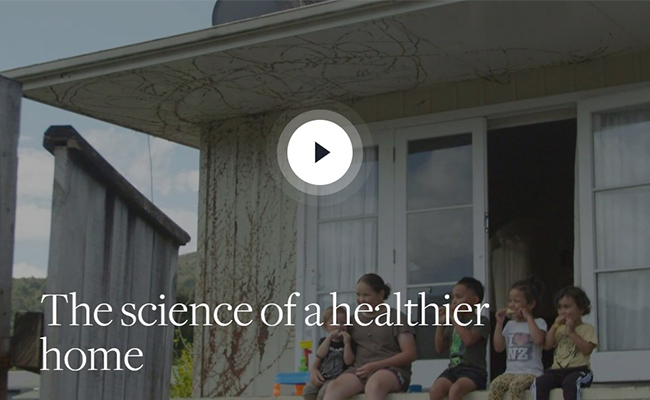 Watch the Science of a Healthier home

Professor Philippa Howden-Chapman says the group was chosen because of the role it played in providing the evidence base for New Zealand’s Healthy Homes Standards and for leading the development of World Health Organization International Guidelines on Housing and Health.

Ms Davies says the impact of poor housing became apparent early on in Tū Kotahi’s work with whānau with asthma. “We could see there were many hospitalisations as a result of coming home to poor, damp housing.”

Professor Howden-Chapman says one of the key issues for the group has been how to get rid of indoor mould, particularly in houses where children are growing up.

“We found children who were growing up in houses where there was less mould were less likely to wheeze and therefore had lower probability of developing asthma as they grew up.” 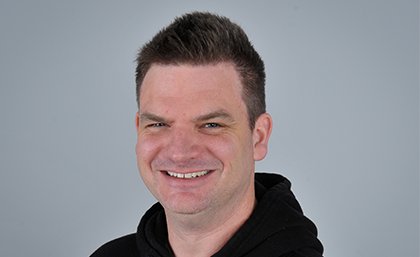 In the documentary, Associate Professor Pierse discusses the findings from the group’s study of indoor temperatures which involved measuring overnight temperatures in 4,500 children’s bedrooms.

“The coldest room was at minus 4 degrees when the child was asleep one night. The very next day that child had to go to hospital for asthma. “So then we had a look at what we could do. We made sure the house was insulated and had good quality heaters, we arranged for the power bill to be subsidised. We brought the whole package together. The next winter that child didn’t have to go to hospital.”

He says one of the pleasures that comes from working so closely with the community is getting to hear their stories.

“We collect their data and then this translates into a story we can tell the government. When we put all that together, we can change the story.”

The series is part of a collaboration between the International Science Council and BBC Global News. Filming was supported by the University of Otago and the Hutt Mana Charitable Trust.