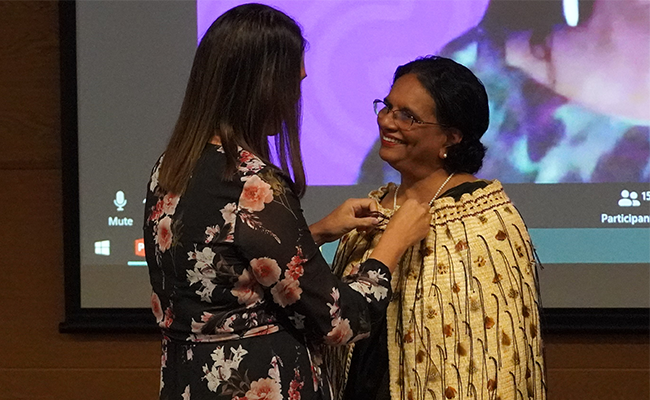 Dr Latika Samalia has been presented with the korowai Rauaroha to formally acknowledge the awarding of the Prime Minister’s Supreme Award of the 2021 Tertiary Teaching Excellence Awards.

Rauaroha was placed on Dr Samalia’s shoulders by Associate Professor Karyn Paringatai, who was herself the Supreme Award winner in 2014. The korowai is a chiefly garment that recognises the mana of the Supreme Award and the person who receives it.

The celebrations at the Otago Museum's Hutton Theatre included a video of the award announcement by Minister of Education Chris Hipkins, and closing remarks and karakia from members of the Fijian and Fijian-Indian community. Friends, family and colleagues joined the event online and in-person.