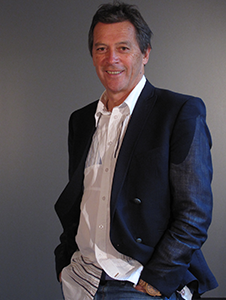 Being awarded an Honorary Doctor of Commerce by the University of Otago is both an honour and a surprise for business leader, innovator and storyteller Sir Ian Taylor (Ngāti Kahungunu, Ngāti Pāhauwera) KNZM, CNZM.

The honorary degree, which is to be conferred at a graduation ceremony on Saturday 21 May, recognises Sir Ian’s contribution to business and to Dunedin, and his service to the wider community.

Founder of world-leading computer graphics production house Animation Research Ltd (ARL) and media company Taylormade Productions, Sir Ian graduated with an LLB from Otago in 1976. He was named 2019 New Zealand Innovator of the Year, 2020 Deloitte Top 200 Visionary Leader of the Year and in 2021 he received a Knighthood for services to broadcasting, business and the community.

From its Dunedin base, ARL has been a global leader in technology development for the past 30 years, pioneering real-time 3D visualisation for major sports broadcasts. In 2015 it won a Sports Emmy Award for its development of the America’s Cup mobile application.

Sir Ian says he is honoured to receive the doctorate from the University, although he was initially a bit taken aback at being awarded a Doctor of Commerce.

“I’ve never thought of myself as a businessman. It all just rolled out of my time here in Dunedin, where I did things like Play School and worked in television. I first came here in a rock and roll band, I worked here in the breweries, so Dunedin was home and I didn’t really start a business, things just progressed forward.”

Sir Ian’s business links with the University go back to the establishment of ARL. Having spent 13 years as a television presenter after finishing his law degree, he took over TVNZ’s studios in Dunedin with business partner Graham McArthur, and formed Taylormade Productions in 1989.

"I've never really thought of myself as a businessman. It all just rolled out of my time here in Dunedin, where I did things like Play School and worked in television."

While also working part-time as a newsreader, he read a news story “about this thing called computer graphics” and a couple of weeks later read a report about a University of Otago team that had won the 1989/1990 World Final of the ACM International Collegiate Programming Contest, the first university outside North America to do so.

He took himself down to the Department of Computer Science and met Emeritus Professor Geoff Wyvill and saw the work he and his students were doing. “I can still remember saying to Geoff, here we are making television, there they were with these kind of flash computer graphics and I said what if we put what you’re doing with what we’re doing?”

ARL began as a joint venture between Taylormade and the Department, and Emeritus Professor Wyvill identified four of his students who could help him develop the graphics business – three are still with the company today. In 1991 Taylormade bought out the University’s share in the venture.

For Sir Ian, who says he knows nothing about technology, his motivation has always been about the storytelling.

“If I think about my Māori culture and heritage, I think that’s what we are, we are storytellers. We didn’t have a pencil and paper, our ancestors didn’t write things down, all of our history was contained in the arts, in waiata, in carvings, in action songs and in storytelling.”

When they started ARL, he says they decided digital data would be the currency of the future. “If you think of the America’s Cup, obviously there was a story going on out there but none of us understood it because it was so boring and didn’t make any sense. So we found digital data, turned it into pictures and then started telling stories.”

"This doctorate isn’t mine. It’s the staff, it's everybody around me who’s created this business, but I think it also belongs to the University.”

Sir Ian says ARL could never have happened without the initial team that came from the University. Sir Eion Edgar KNZM, Chancellor of the University from 1999-2003, was also an early supporter of the animation company.

“Geoff Wyvill is the most amazingly gifted and humble man, and generous with his thoughts and ideas and support, [it was the same with] the late Eion Edgar. That’s why I don’t think we set up a business. It was something that was done collectively. This doctorate isn’t mine. It’s the staff, it's everybody around me who’s created this business, but I think it also belongs to the University.”

Sir Ian’s company continues to have a close association with the Department of Computer Science and employs many programmers from the University.

Chancellor Stephen Higgs says the honorary degree recognises and celebrates Sir Ian’s visionary leadership and his important contribution to business and to Dunedin.

“Sir Ian and the University share a close and valued connection. His globally-recognised and ground-breaking innovation placed Dunedin firmly on the map from the earliest days of computer animation, and he continues to be a world-leader in his field.”

Vice-Chancellor Professor David Murdoch says Sir Ian and the University share a special history, which began with Sir Ian’s student days and continued with his collaboration with the Department of Computer Science and his role as a successful business leader and employer.

“Sir Ian is an inspirational leader who not only has created an internationally-renowned business from his base in Dunedin, but who has generously given back to the community through service. He carries considerable mana and is a true testament to what we hope our tauira go out into the world to achieve.”

Professor Murdoch says the honorary degree is an opportunity for the University to formally acknowledge Sir Ian’s accomplishments and his contribution to Dunedin and to Aotearoa New Zealand.

Sir Ian is currently involved with an initiative called ‘Tech for Good’, which is developing technology tools for use in education and health care. He has played a key role in a collaboration between Methodist Mission Southern and ARL to create virtual learning environments for prison inmates.

He has been a Board member of Māori Television, NZ On Air, the New Zealand Film Commission, IT Professionals New Zealand, Dodd-Walls Centre and Callaghan Innovation. Until recently he was a member of Ngā Kuitūhono, the Māori Advisory Group to NZQA.