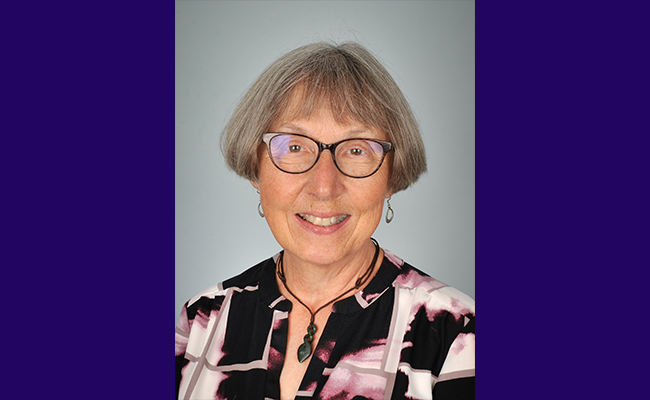 Associate Professor Lynn McBain, the Head of the Department of Primary Health Care and General Practice, has been appointed Deputy Dean of the Wellington campus.

The Dean, Professor William Levack, says she brings a wealth of experience in leadership, clinical practice, education and research to the role.

Associate Professor McBain studied medicine at Dalhousie University, Nova Scotia, in her native Canada, before coming to New Zealand, initially to work as house surgeon in Hawera in Taranaki.

She has been with the University of Otago, Wellington since 1995, when she joined the staff as a part-time lecturer. She applied for the job after discovering how much she enjoyed teaching medical students on clinical placements at her GP practice, the Brooklyn Medical Centre.

She continued to work part-time as a GP until early this year, when she sold her share of the medical practice, and says her clinical practice has equipped her well for the new role.

“General practice is the medical specialty of uncertainty. If you’re a general practitioner you just don’t know what the day will bring, and so you just prepare for anything and learn to manage competing demands.”

As well as providing cover for Professor Levack when he is away, Associate Professor McBain is working with Clinical Skills Director Dr Sarah Rennie and Associate Dean of Medical Education, Professor Rebecca Grainger, to develop an understanding of the spaces needed in Wellington for clinical teaching for medical and radiation therapy students.

Her immediate priority is to confirm teaching spaces for next year to give staff certainty over where they will be teaching.

“It was so hard this year. If lecturers taught a session four times, it might have been in four different rooms. I’d like to be able to tell them that if they go somewhere to teach in March and have to teach that same session again in May, it will be in the same room.”

That work will also feed into the development of a new strategic plan for the Wellington campus. The strategy offers a chance to look towards the future after the disruption that followed the 2021 closure of the Academic Block when it was found to have a low seismic rating. The campus now operates from dispersed locations across the city.

“Although the Academic Building remains closed, we are a bit more settled now, and we can start to look more to the future,” she says.

“We know how hard people have worked. All the academic staff, all the administration staff, all the other support staff in every aspect of the University, including IT and communications, have worked so hard this year just to keep the place afloat.

“It has been a tough, tough year. We’ve been focused on giving the best experiences and educational opportunities to all our students, including our medical students, our physiotherapy and radiation therapy students and our postgraduate students.”

One enjoyable aspect of her new role has been organising the celebratory Hui Whakanui Tauira Awards ceremony which will be held in Wellington next month for graduating medical and post-graduate students.

“The organisation has been relatively challenging because of staffing changes and not having our main campus building, but it will be a really nice event.”

Although she now works almost full-time for the Wellington campus, Associate Professor McBain will continue with some clinical work, taking on short-term roles doing locums for general practitioners in rural areas.

She will continue with her research across a variety of areas, including oral health in primary medical care, and on the introduction of HPV self-testing cervical screening swabs, as well as with the multimorbidity arm of the Ageing Well National Science Challenge. She also maintains other professional responsibilities, including roles on Professional Conduct Committees for the Medical Council of New Zealand and as an adviser on teacher impairment to the Teaching Council.

She is looking forward to the experience of being Deputy Dean.

“There was a lot of work involved in running a general practice and now I have put that aside, it’s lovely to have a new challenge.”

Associate Professor McBain replaces Professor Dawn Elder, who retired from the role as Deputy Dean at the end of May.