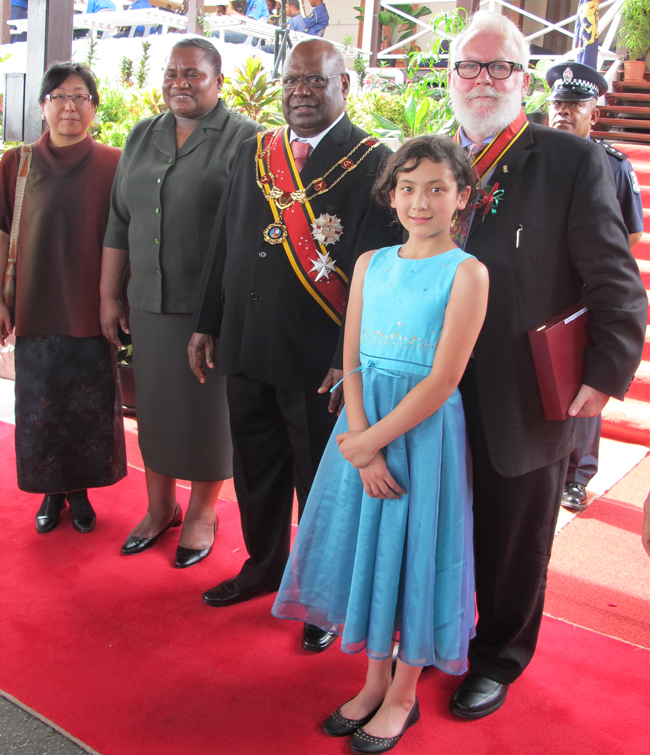 Otago’s Professor Glenn Summerhayes has had his contributions to the archaeology of Papua New Guinea (PNG) formally recognised by that country’s Government.

Professor Summerhayes, who has been in the Department of Anthropology and Archaeology since 2005, was officially made an Officer of the Order of Logohu at a ceremony earlier this month.

The Logohu is the bird of paradise, the official national symbol of PNG since its independence.

Professor Summerhayes received his award from the PNG Governor General His Excellency Grand Chief Sir Michael Ogio at a ceremony at Government House in Port Moresby.

“I feel very proud with this award. It is great for archaeology in PNG and is also testament to the support of Otago University in making this sort of research possible,” Professor Summerhayes says. “Of course it would also not possible without the support and advice of my wife, who is now a PhD student in Communications here at Otago.”

Professor Summerhayes has worked on PNG archaeology for 30 years, looking at evidence of early human inhabitancy. His work pushed the date of early humanity in PNG back to 50,000 years ago, rather than the previously accepted dates of 30,000 to 35,000 years ago.

He, and wife Rieko Hayakawa have also worked to put the results of his research back into the community, with workshops with educators and museum staff and those involved in cultural heritage management.