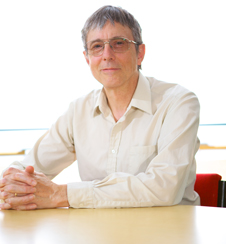 Professor Jeffrey Miller of Psychology has been awarded a Humboldt Research Award that will allow him to enhance his collaborations with cognition researchers in Germany.

The Award is granted by Germany’s Alexander von Humboldt Foundation. It recognises researchers whose fundamental discoveries, new theories, or insights have had a significant impact on their own discipline and who are expected to continue producing cutting-edge achievements in the future.

Award winners are invited to spend a period of up to one year cooperating on a long-term research project with specialist colleagues at a research institution in Germany.

Professor Miller says he is very pleased and honoured to receive the Award.

“I spent a very productive sabbatical in Germany in 2011 and look forward to further work with researchers there. There are several large and well-financed research teams there working in my field,” he says.

Professor Miller is planning to travel to Germany in the latter part of the year and will be hosted by Professor Rolf Ulrich of the University of Tuebingen.