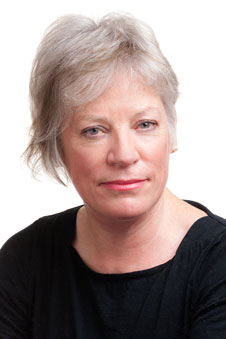 An Otago Professor of General Practice says New Zealand’s primary healthcare system will undergo huge changes over the next 20 years, which will require a strong underpinning of scientific research.

Professor Susan Dovey has been made Editor of the Journal of Primary Healthcare, a role she says is both exciting and challenging.

The Journal replaced the New Zealand Family Physician in 2009, reflecting a changing primary healthcare sector that includes a wide range of health professionals including nurses, dietitians and physiotherapists, rather than the traditional general practitioner alone.

“The field definitely has a changing profile. Thirty years ago it was mainly young families seen in primary healthcare, now it is mainly older people. Baby boomers have grown older, and people are also now living with health conditions they would previously have died from.

“We have plenty of interventions and drugs, but we haven’t handled the transition from rescuing lives to improving their quality very well yet.”

Professor Dovey says research in healthcare is also changing, as it moves from happening mainly in hospitals, to happening within universities, polytechnics and in the community.

"We have plenty of interventions and drugs, but we haven’t handled the transition from rescuing lives to improving their quality very well yet."

“Hospitals used to define the New Zealand health system, and the bulk of the health funding still resides within hospitals. However there is now a much broader array of health services happening in the community. There will be huge changes happening in the next 20 years, and they have already started happening.

“A much stronger underpinning of scientific research will be vital.”

Professor Dovey will steer the New Zealand Journal of Primary Healthcare through a change in publisher and into an electronic format over the next six months.

As a Dunedin-based editor she also hopes to bring a “Southern flavour” to the publication, which has in the past had its editorial function based in the North Island.