Book on Dr Hocken to be launched tonight 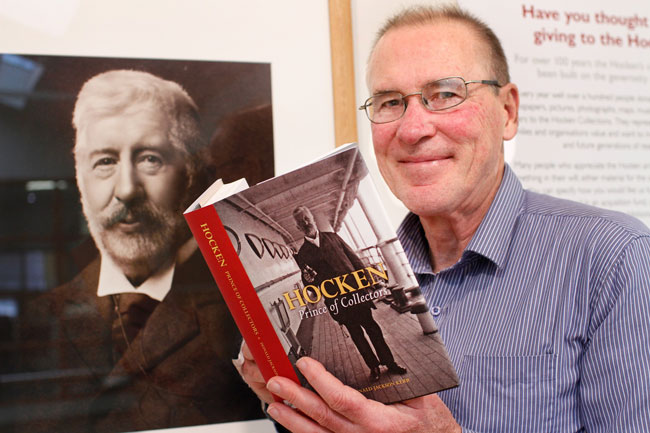 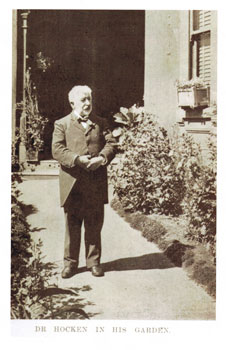 A book exploring the life and collection of the man whose personal donation formed the basis of the University of Otago’s Hocken Library, Dr Thomas Morland Hocken, will be launched this evening.

It is a bio-bibliography– looking at Dr Hocken’s life, from birth to death, as well as his vast collection, and the vital contribution he made to preserving New Zealand’s early history.

“It covers his early formative years; what he amassed; where he got his material from; his connections with like-minded bibliophiles (Sir George Grey, Alexander Turnbull, David Scott Mitchell, etc); his publications; his legacy – gifting his collection to the Dominion; and all those who have used his materials up to today,” Dr Kerr explains.

Dr Hocken (1836–1910) arrived in Dunedin in 1862, aged 26. Throughout his busy life as a medical practitioner he amassed books, manuscripts, sketches, maps and photographs of early New Zealand. Much of his initial collecting focused on the early discovery narratives of James Cook, along with the writings of Rev. Samuel Marsden and his contemporaries, Edward Gibbon Wakefield and the New Zealand Company, and Māori, especially in the south.

"... as I like examining collectors and the formation of private libraries this project fit to a tee!"

“Since then others have emulated Hocken’s generous gift, by giving their own collections to the Hocken,” Dr Kerr says. “This collection of collections is today used by many: staff and students of the University, genealogists and family historians, and researchers within New Zealand and overseas.”

All three have held a fascination for Dr Kerr, who published a similar book in 2006 on Sir George Grey entitled Amassing Treasures for All Times: Sir George Grey, colonial bookman and collector.

Dr Kerr began researching Dr Hocken after Amassing Treasures was published. He received a Ministry of Heritage and Culture Award in 2007, and a Winston Churchill Memorial Award in 2010 that enabled him to travel to the UK, and visit Dr Hocken’s birthplace in Stamford, Lincolnshire, and his old school in Yorkshire. In 2007, he was given six months’ leave from his Special Collections role to carry out further research. 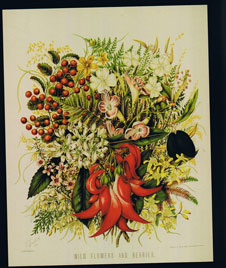 Frontispiece image to Edward H. and Sarah Featon’s The Art Album of New Zealand Flora (1889). Given his interest in botany, Hocken was delighted to secure this copy of ‘Mrs Featon’s Art Album’, as it was commonly known. Hocken Pictorial Collection: S14-081d.

“After completing the book on Sir George Grey as a book collector, I realised that there was no systematic coverage of Dr Hocken as a collector,” Dr Kerr says. “Being suitably placed at Otago, and given six months’ leave to physically examine all his manuscripts and books at the Hocken Library was a real boon. And as I like examining collectors and the formation of private libraries this project fit to a tee!”

The finished result has already received excellent reviews. One of New Zealand’s most influential book reviewers Beattie's Book Blog calls it a “most handsome, totally fascinating and significant piece of New Zealand publishing”.

For Dr Kerr seeing it launched is a “relief and a pleasure”.

“I am particularly impressed by what Otago University Press have produced. It looks and feels like a real book; hopefully it will provide readers with a good narrative.”

This is Dr Kerr’s fourth book. As well as his book on Sir George Grey, he wrote The Smell of Powder: A History of Duelling in New Zealand (2006); and edited Enduring Legacy: Charles Brasch, Poet, Patron (2003).

Dr Kerr is now working on a general book looking at 12 of New Zealand’s book collectors. 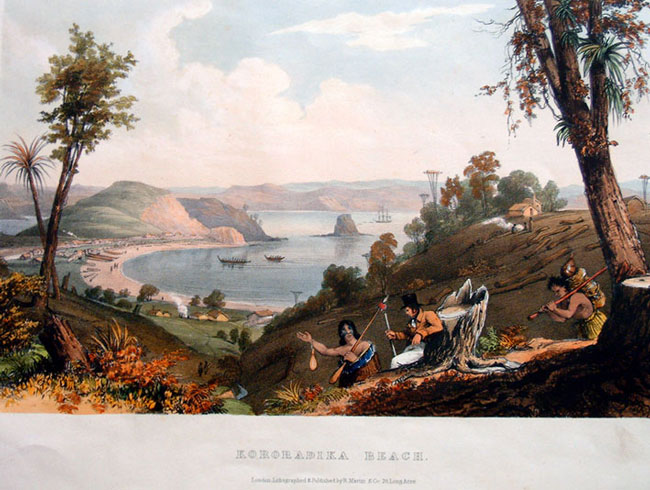 Augustus Earle’s ‘Kororahika Beach’ from his Sketches Illustrative of the Native Inhabitants and Islands of New Zealand (1838). Hocken bought this copy from bookseller Bernard Quaritch, London, for an undisclosed sum in June 1882. Hocken Pictorial Collection: S14-298d.