Fellow's formulas made for breaking 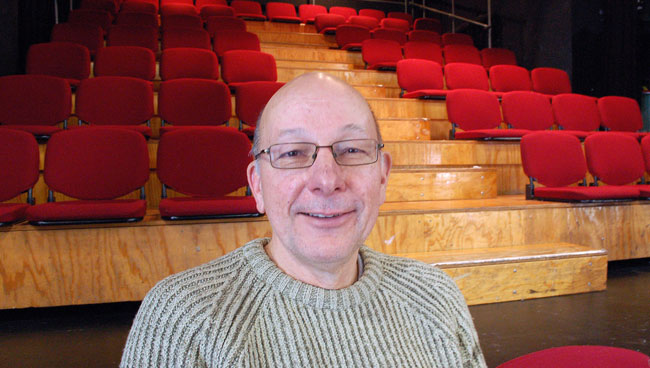 Australian playwright, director and teacher Janis Balodis says signing up as the University of Otago’s William Evans Playwriting Fellow is all about grabbing opportunities and having a bit of an adventure.

Since the early 1970s Janis has been professionally involved in the Australian and English theatre and screen industries. His first play, Backyard, was produced in 1980. His Ghosts Trilogy, premiered by the Melbourne Theatre Company, draws on his Latvian heritage and comprises Too Young for Ghosts, No Going Back and My Father's Father.

Janis is using his 12-month Fellowship in Otago's Theatre Department to keep a couple of new plays “on the cooker”, hoping for production next year. He’s also indulging his interest in teaching via two play writing courses, one for beginners and a more advanced third year class.

"There were no courses like this when I was young. If you asked someone then how to structure a play, or what their methodology was, they probably couldn't tell you."

“I do enjoy working with young people and I am interested in passing on what I've learned over my career. In my game experience counts for a lot. For the first 10 or 15 years of my career I found it difficult to find mentors who could teach me what they've learned through their hard experience. There were no courses like this when I was young. If you asked someone then how to structure a play, or what their methodology was, they probably couldn't tell you.

“In the 1970s playwrights like the UK’s David Hare, Edward Bond and Caryl Churchill introduced screen writing techniques into the theatre. After that people started to look at those methodologies and see how they applied to writing plays – so plays weren't such a hit and miss affair. You’d have a better idea of their potential success.

“Yes, it is formulaic if you just apply the rules, but really good writers know the rules and break them. With good plays and good film, if you go back and analyse them, you can see what story principles they used and where they broke out.”

Janis says he loves Dunedin for its stimulating mixture of the old and new, and “extraordinarily beautiful setting”.

“I've rented the house of an academic who's away on study leave. It's also the little cottage of one of Dunedin's more famous writers, Lisa Scott. It's a terrific arrangement – I have a view straight down the harbour from their deck.”