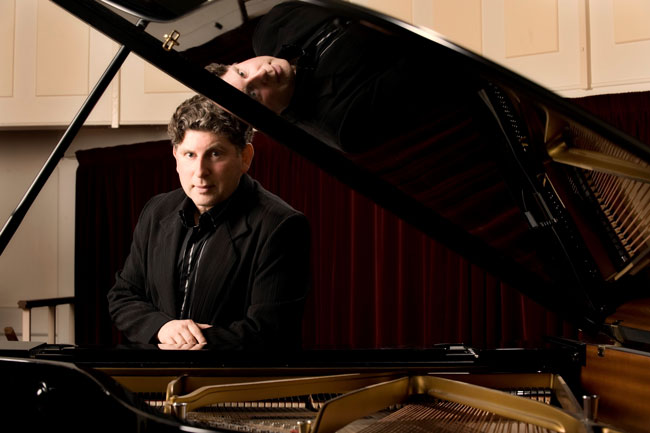 Although the history of the Blair Professorship in Music goes all the way back to the 1920s, the most recent recipient, Professor Terence Dennis, is only the fourth to hold the title.

A member of staff since 1981, Professor Dennis has long been recognised as one of the country’s most eminent musicians, with an international reputation as pianist and accompanist. His lengthy collaboration with the great soprano Dame Kiri Te Kanawa is the most noted of his recent recital partnerships.

"It is very special that the Blair Professorship has been afforded to a performance staff member," Professor Dennis says.

"It is a unique honour for classical performance staff: the stature of the performance side of the department is enhanced by this. A named chair in any department is significant and bears high resonance of respect for that discipline."

"The piano class is full and we have seven current Master’s performance students over different disciplines: a tribute to the strength of our programmes.”

"It is a unique honour for classical performance staff: the stature of the performance side of the department is enhanced by this."

He credits his predecessor Emeritus Professor John Drummond with many innovations within the department, especially the lead he took in promoting Music’s spectrum in the University and the wider community, nationally and abroad.

Emeritus Professor Drummond held the Blair Professorship for nearly 40 years – and when it came to handing it on to the next person, the title required some detective work.

University Human Resources staff traced the genesis of the Blair Professorship to 1913 and a charitable trust created by the will of Dunedin seed merchant John Blair. It instructed trustees to pay a sum towards the salary of a lecturer in music at the University of Otago.

In 1925, Victor Galway was appointed to the lectureship, then in 1939, the University established a Chair in Music making Galway the first Blair Professor. He was followed by Professor Sir Peter Platt – Professor Dennis remembers being taught by him in his first undergraduate years – and then, in the 1970s, by Professor Drummond.

When originally created, the chair went to the Head of Department, but now the departmental structure is quite different, with multiple senior staff, including two Professors, so a working group has established criteria how the Blair Professorship should be awarded.

Henceforth it will go to the longest-serving Professor of Music and now describes the role of a distinguished contributor to music teaching and research (including performance and composition) who provides leadership in the promotion of Music to the University and the wider community.