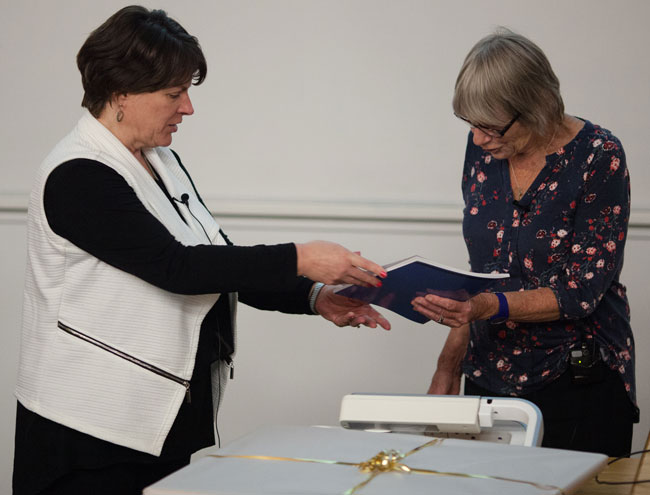 The University of Otago’s Christchurch campus hosted a Festschrift for Professor Winterbourn. It also marked the beginning of an international conference of free radical scientists.

Professor Winterbourn says she enjoyed the gathering of so many past students, colleagues and collaborators and listening to them describe their experiences of working or interacting with her over the years. In her Festschrift address, she recounted her memories of the development of the field of free radical biology from its early beginnings, how her work influenced this development, and the pleasure she had derived from her research career.

She said things had changed a lot over the decades of her career.

"Her discoveries have been pivotal in the development of our current understanding of free radical biology and her ideas have influenced the research of numerous scientists ..."

Professor Tony Kettle is a director of the Centre for Free Radical Research and one of the many scientists Professor Winterbourn has mentored.

“Professor Winterbourn was one of the first scientists to demonstrate our cells produce free radicals as part of their normal function. Her discoveries have been pivotal in the development of our current understanding of free radical biology and her ideas have influenced the research of numerous scientists in demonstrating the importance of free radical reactions in many common diseases such as cancer, cardiovascular disease and arthritis.”

In 2011, Professor Winterbourn was awarded the country’s top science honour, the Rutherford Medal. She was the first woman to receive the medal in the 20 years it had then been awarded. She has also received the University of Otago Distinguished Research Medal and numerous other national and international scientific awards.