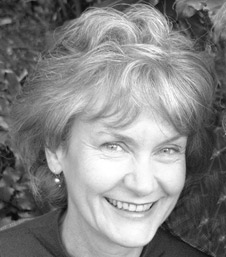 Winning ways . . . writer and literary agent Barbara Else has been recognised for her life-time's achievements.

Barbara Else is not only the current University of Otago College of Education/Creative New Zealand Children's Writer in Residence, she is also an Otago graduate.

The Wellington writer and literary agent has received the annual award for making an outstanding contribution to New Zealand children’s literature, and for her life-time’s achievements.

Storylines chairwoman Dr Libby Limbrick says Mrs Else’s early achievements were in adult fiction, but since her first novel for children in 1997 she has built up a solid body of work.

Alongside her four children’s novels, she has edited nine top-selling anthologies of short stories for young and teenage readers, providing them with a huge variety of new stories, and new writers with publishing opportunities.

As a leading literary agent and assessor with her husband Chris Else since 1988, she has guided many aspiring children’s writers towards literary careers. Her own work for children’s literature also includes plays, short stories and judging of national book and short story awards.