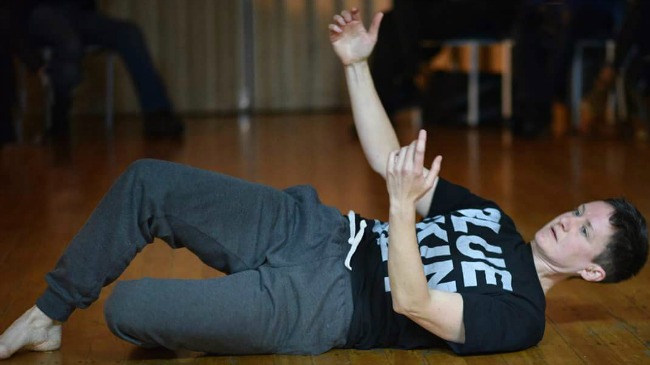 When val smith started planning a community dance project based on the experiences that queer and transgender people have of public spaces, 50 people had not been killed in a gay nightclub in the United States.

Now, with the performance in Dunedin scheduled for this Sunday, 19 June, the deaths and injuries in Orlando have highlighted “that every day we live with fear.”

Meeting val is a fluid experience. It is hard to categorise val as male or female, straight or queer, but that is probably because val identifies “with different genders depending on my mood, depending on who I’m interacting with.”

That is why val prefers the pronoun they rather than he or she; “I really like the uncertainty about they or them. I think it opens up questions.”

val believes while acceptance of using they to refer to a single person is increasing, a conservative element still wants to stick to the rules of grammar, “but you’ve got to shift with the times, language is always changing.” 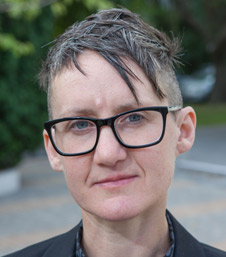 “It’s so worthwhile and respectful to try and get your head around it, because it’s really hurtful for people who are excluded from a community because of some of those very simple things.”

Inspired by a number of international queer performance artists who were using all lower case letters for their names, val also started to question the significance of capital letters.

“Capital letters are so much about power and asserting the importance of your name that I liked it — it was under-mining those rules … with a feeling of more humbleness, less about hierarchy.”

val gives the impression of having thought as deeply about spoken language as about the language of performance, as if trying to craft inclusive art from their own life.

While val was not surprised by the media’s resistance to using they as a singular pronoun or lower case letters for val’s name, “for trans (gender) people who are changing their names, and using pronouns that match their gender identities, it is really damaging to not respect who they are. It really cuts to the heart … it means so much when people make the effort to honour those identities.”

Discovering the world of contemporary dance opened up a world of possibility and exploration for val, who has always been “somewhat resentful” towards authority.

The Auckland-based performance artist graduated from the University of Auckland with a Master of Creative Performance and Arts (First Class Honours) then enrolled in a postgraduate paper in somatic dance at the University of Otago, where Caroline Plummer was also enrolled. 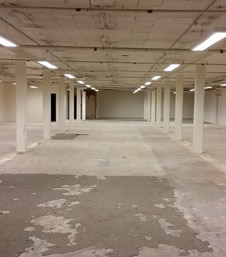 Under Market – the space in George Street, Dunedin, that is being transformed for Sunday’s community dance project.

With a small group of Caroline’s dance friends, val danced at Caroline’s funeral after Caroline died of cancer at the age of 24, in 2003. For that reason, being the Caroline Plummer Fellow at Otago feels very special for val, who wants to honour Caroline’s vision for somatic dance in the final performance for the fellowship.

Caroline believed dance could be a vehicle for well-being and health, a kind of therapeutic practice: “I share that vision and it means a lot to me to have an opportunity to focus my practice on that kind of Kaupapa (theme/philosophy/vision).”

val explains somatic dance as a way to bring awareness to your bodily experience, a focus on how mind, body and environment interrelate.

Rather than a series of learned movements, somatic dance is more about an approach to the experience. It is increasingly used by dance teachers – especially at tertiary level – to help students explore their own movement language.

“It opens up the possibilities rather than telling you how you should do something.”

val has been collaborating with the queer, transgender and rainbow communities in Dunedin to produce the final Fellowship performance called This Cloud is.

The fellowship project – This Cloud Is Queering! – has used one-on-one walks to generate conversations with people from the communities to document their experiences of public places; where they feel safe, places they avoid, and places they congregate, date, and feel creative.

For the performance This Cloud Is, the space includes gender-inclusive real composting toilets with disco lights flashing rainbow colours on the ceiling – created in collaboration with local sculptor Katrine Thomson, they will provide not only usable single-person toilets, but also a personal experience for each audience member who uses them.

‘Stations’ around the room in George Street also invite the audience to interact with performers, including one created by a Buddhist, and one for introverts where they are encouraged to enter a network of boxes.

“What I hope is that the dance and performance practices of this project become a system of communicating and socialising knowledge and ideas about non-conforming genders and sexualities, and a means of creating experimental queer communities.”

This Cloud is — performance and installation, val smith and Community of Touch
Under Market, 177 George Street (opposite Farmers)
Sunday 19 June, 7.30pm
Free