Thoughts on the Queen's Birthday honours and the University 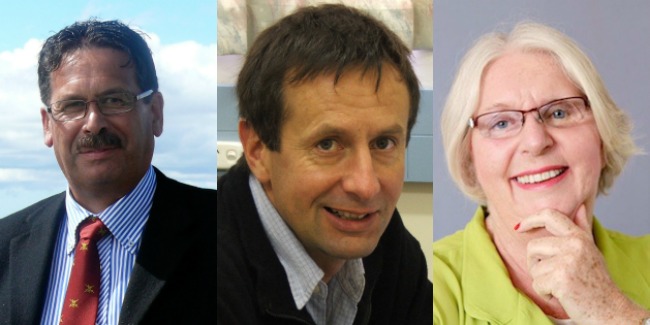 Professor John Broughton, who received the South’s top honour at Queen’s Birthday weekend, says he is not only very proud to be an academic staff member but the University is also “the best employer in the world”.

The Professor in Māori Health —who was awarded the Companion of the New Zealand Order of Merit (CNZM) — says he is proud of being an Otago graduate as well.

That is especially because his late father graduated in medicine from the University during World War II, his sister Jane and brother Philip are Otago alumni, and a third generation of nieces and nephews has graduated from the University as well; in Commerce, Law, Physical Education, Physiotherapy and Marketing.

"it is really a reflection of the incredibly wonderful colleagues I have had the privilege of working with."

Professor Broughton was in California when he found out about the honour for his services to Māori health, theatre (as a playwright), and the community.

An email arrived from Government House as he was preparing to attend his niece’s wedding, because he had apparently failed to respond to a letter about the honour.

But it turned out the letter had actually been sent to a student flat in his street by mistake, and Professor Broughton had an amusing time trying to retrieve it, because the students had to rummage through junk mail, old newspapers and other rubbish all over their hallway floor to find the letter.

The meaning of it all

Professor Broughton says the honour should mean a lot for the University because "it is really a reflection of the incredibly wonderful colleagues I have had the privilege of working with" at the Faculty of Dentistry, Preventive and Social Medicine, Te Poutama Māori (which supports the development of Māori academic staff), and the Māori academic staff caucus, along with the students he has had the privilege of encountering.

Professor Broughton feels humbled by the honour, which has made his family very proud, especially the whānau whanui at both Kohupatiki Marae (Hastings on his Ngāti Kahungunu side) and at Puketeraki (Karitane on his Ngāi Tāhu side). 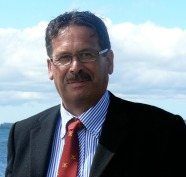 The CNZM is also recognition for causes he is passionate about, including being the foundation Chairman of the New Zealand Institute for Cancer Research Trust, a role he has filled for about 30 years.

The Trust helped create the University’s Chair in Cancer Pathology by donating a million dollars to the Dunedin School of Medicine, which was matched by a million dollars from the Government, through the Leading Thinkers programme.

That money meant Professor Mike Eccles could be appointed to the Chair, and the trust has continued to support the cancer research his team is doing.

Professor Broughton was also founding Director of the Ngai Tahu Māori Health Research Unit, is responsible for the cultural competency and Māori oral health component of the dental undergraduate course, and established the whānau dental clinic Te Whare Kaitiaki in the Faculty of Dentistry in 1990. He is Director of the clinic.

As a New Zealand Maori playwright, he has written and co-produced more than 22 theatre productions that have been performed nationally and internationally, and he has received the Bruce Mason Playwright Award. Professor Broughton’s plays include Michael James Manaia, Te Hokinga Mai (The Return Home): Nga Puke (The Hills), and ANZAC and The Private War of Corporal Cooper

He also wrote the libretto for the musical ShowBand Aotearoa, with music by Rim D Paul, and is a Life Member of the Araiteuru Marae Council.

Member of the New Zealand Order of Merit 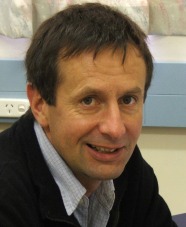 The University’s Dr Garry Nixon believes the real driver for anyone involved in rural health is the community they live in — providing local people with health care that is equal to what their urban counterparts receive.

“There are big workforce issues and … at times these have been pretty dire.”

“Where I live now (in the Alexandra area), it’s the best it’s ever been in over 25 years, but this is not the case for a lot of other rural communities around the country where it’s still a big problem.”

“It doesn’t have to be if the right support and training is in place, similar to what is provided for other branches of medicine. There’s absolutely no reason why rural positions shouldn’t be popular, well sought-after jobs.

Because the group of practitioners working in rural health is relatively small and “there’s a lot of people pulling their weight and working really, really hard,” Dr Nixon was surprised to be made a Member of the New Zealand Order of Merit.

“There are others, including other teachers on the rural progamme, who are equally deserving of this recognition.”

"There are others, including other teachers on the rural progamme, who are equally deserving of this recognition."

His citation says he has been a Medical Officer and Rural Hospital Doctor at Dunstan Hospital in Central Otago since 1992 and has helped increase access to health services in the region.

He has also been working to expand the knowledge and practice of rural health as a researcher, teacher and lecturer in Rural Health at the University of Otago.

Dr Nixon’s work has involved introducing training that benefits rural patients, including establishing Rural Hospital Medicine as a speciality with a defined scope of practice in 2008, and creating the Certificate of Clinician Performed Ultrasound which is recognised as a world class programme of special benefit to remote rural areas.

In 2014, Dr Nixon became Chair of the Rural Working Party for the University’s Health Sciences Division, and in 2015 was appointed Director of the Postgraduate Rural Medical programmes at the Dunedin School of Medicine.

Asked about juggling all his responsibilities, Dr Nixon says he has “a very understanding wife, and is surrounded by a lot of good people who are better organised than me.”

He could not have achieved as much without support from his community health service employer either, and the University has to take credit for bringing together rural hospital doctors for the first time in the early 2000s, creating a critical mass and starting a movement.

Now, half Dr Nixon’s job is based at Dunstan Hospital in Clyde and half at the University, in an “unusual” postgraduate programme which does not have a physical presence on any of the University’s main campuses.

Staff are spread around the country and meet face-to-face only once a year, while their students are similarly spread around New Zealand and the South Pacific — there are over 120 students enrolled in papers this year.

A new video conferencing platform (Zoom) has been invaluable for keeping in contact and has since been adopted by the entire University.

“It’s now time for the University to build academic capacity in rural areas that matches this.”

Member of the New Zealand Order of Merit 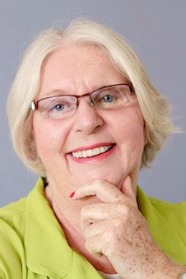 Associate Professor Judy Bellingham believes being named in the Queen’s Birthday Honour’s List is vital to the health of the arts’ sector.

“There were only two awards in classical music so the publicity and the accompanying citations describing why the awards were made are vital. Classical singing can be seen as 'from a different planet' to some people, so it is great that it is rewarded alongside more prominent every-day activities.”

The William Evans Associate Professor in Voice says she was totally surprised and gobsmacked to be made a Member of the New Zealand Order of Merit for services to classical singing, because receiving an award like that had never entered her head.

She can only assume she was nominated because singers, singing teachers, choirs and choral directors must appreciate the amount of work she does in the community — but Associate Professor Bellingham says she does the work because she loves it.  And, she also believes singing is very good for people’s health, both physically and emotionally.

She is thankful for having the University’s support in everything she does, and for the University giving her the academic flexibility to pursue and promote her passion — which in turn has attracted many students to Otago to study classical voice.

Associate Professor Bellingham believes her honour is great publicity for the University because it recognises “all facets of a University career — the research (which in my case was performing but I have now retired from the concert stage), the teaching and the community service. It seems to me that this award focusses on community service at a national level.”

The honour is also a huge affirmation of all she has done through her love of classical singing and has made her family immensely proud, but it will not change her career — Associate Professor Bellingham plans to carry on teaching singing at the University and in the community.

She is committed to the professional development of teachers as well.

She is a former President of the New Zealand Association of Teachers of Singing, has been a vocal coach and Board member for the New Zealand Youth Choir, Chair of the Dunedin Performing Arts Competitions, a regional and Finale adjudicator for the New Zealand Choral Federation’s The Big Sing for secondary school students, and provided workshops throughout the country.

As the Artistic Director and a Tutor at the biennial residential New Zealand Singing School in Napier, she has also provided an opportunity for young singers to receive tuition and mentoring from internationally and nationally recognised teachers.