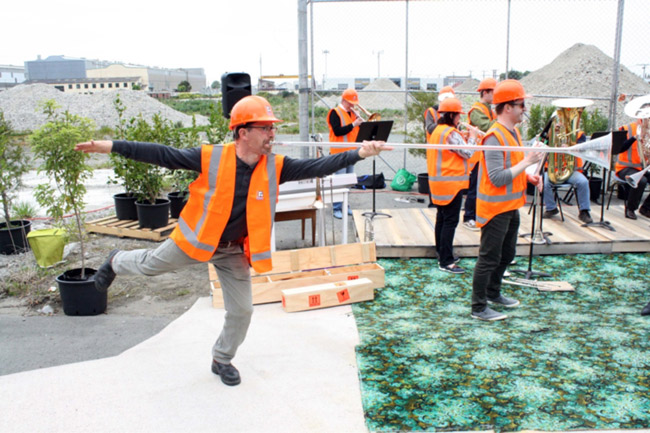 Glass and brass … glass post horns created by a University staff member in action, before joining St Kilda Brass on a tour of the West Coast.

Students and staff from across the University have bundled into a van and headed for the West Coast – not only to tour with St Kilda Brass, but to talk about life at the University as well.

And, the instruments they are playing at schools and public performances include glass post horns created by John Wells, the Department of Chemistry’s glass-blower.

In all, nine people from the University are on the tour, from Biochemistry, Geology, Chemistry, Med, Physics, Ecology, Music, Geography, and English. They are also be accompanied by a Polytech Engineering graduate.

The ensemble – from what is believed to be New Zealand's oldest A-grade brass band – is visiting schools from Haast to Kaniere, about 20 kilometres inland from Greymouth.

The band is also performing at the Blackball winter festival "The Coalstice" and at the Greymouth RSA (Returned Services Association).

Chemistry Senior Research Fellow John McAdam says when the band contacted Fox Glacier School to say it was coming but would not arrive within school hours, the venue was switched to the badminton hall in the evening.

And the Hari Hari Area School concert got too big for the school hall so was moved to the new community hall.

While the band members will be doing a lot of playing, they also plan to talk about life at Otago, to encourage West Coast pupils to broaden their horizons.