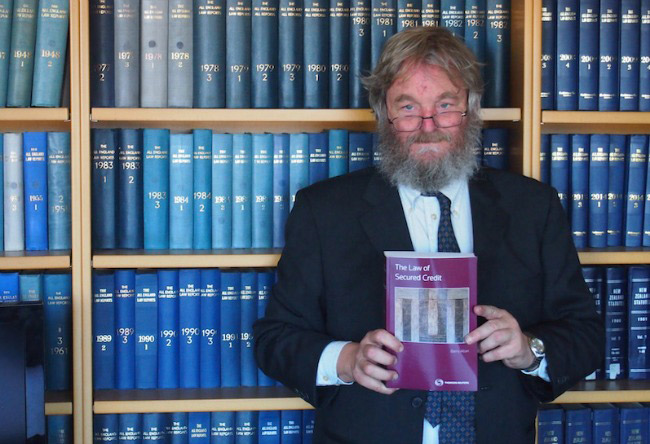 Launched ... Faculty of Law Senior Lecturer Barry Allan with his work, The Law of Secured Credit.

Faculty of Law Senior Lecturer Barry Allan has launched a gargantuan book of almost 2000 pages which the publisher says is one of the largest pieces of academic writing a single author has ever produced for a first edition in New Zealand.

Mr Allan spent five years writing The Law of Secured Credit, about a topic that has been described as more important than the invention of the wheel and a miracle of the Twentieth Century.

The American President of the National Consumer Finance Association believed credit was that significant because it let Americans live longer, possess more, produce more, and enjoy more variety than ever before.

Mr Allan says living without credit is now almost inconceivable, but when big business first got behind consumer credit — with hire purchase and shop accounts, then credit cards — it gave using credit a kind of moral legitimacy. 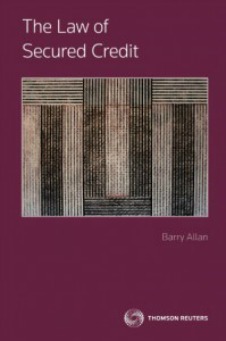 Living beyond your means became acceptable and expected, to the extent getting credit has become a rite of passage, a signal of adulthood.

The book covers the full implications of credit for consumers and businesses, including the flipside because Mr Allan is particularly interested in the plight of borrowers who get into difficulty. He wants his work to help ensure lenders know and respect borrowers’ rights.

In the forward to the book, Justice Mark O’Regan says credit is now “the lifeblood of the economy."

Mr Allan believes it “facilitates the smooth running and expansion of business”, giving a company leverage to increase its profits by doing more business than would have been possible using solely its own funds.

Security is the other face of credit, because safe lending and borrowing are impossible without it — the more assurance a lender is given, the more confidence the lender has in the deal.
Mr Allan says secured credit fosters more business, which in turn fuels greater consumption, sparking a cycle.

Much of the book covers the way the law deals with various forms of property and the rules which let it be used as collateral.

The book also deals with guarantees and insolvency, because guarantees provide some assurance of payment, and securities need to survive a debtor being bankrupted or liquidated.

"Living beyond your means became acceptable and expected, to the extent getting credit has become a rite of passage."

Thomson Reuters NZ Commercial Manager, Product Development, Ian McIntosh says when he commissioned the book it was supposed to be finished in 18 months and he thought it was “a smallish hill to climb”, but it turned out to be Everest-sized.

Mr Allan says work on the book actually started in 1994 when he had just become an assistant lecturer at Massey University and had to come up with a research topic.

The Personal Property Securities Act was on the horizon and looked as if it could be fruitful to explore, then the initial research grabbed his interest and inevitably led to more.

Subsequent conversations with Mr McIntosh sparked the idea of combining the subject of security with credit, while also extending the reach of the book to cover Australia as well as New Zealand.

At the book launch recently, Mr Allan thanked Mr McIntosh for allowing him to broaden the scope of the book and giving him the time to do it; his “wonderful editors” at Thomson Reuters for valuable suggestions that improved the clarity of his writing; and his friends, colleagues, his Faculty and the University for not forsaking him when the going got tough and for keeping him motivated.

Mr Allan was particularly grateful for the sabbatical year which let him finish the book while travelling the world, which included writing in a host of different libraries all around the globe and writing in a marvellous purpose-built glass observation carriage in a train rolling through the Canadian Rockies.