Love of the game still strong for Dean of Law 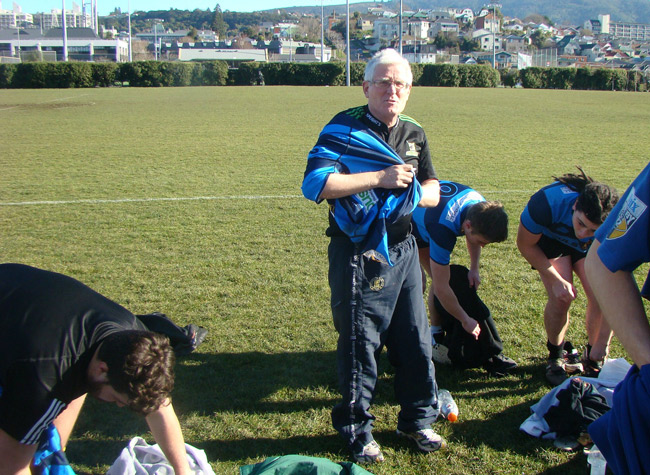 More than 44 years after his first Varsity Club Games for the Golds, Professor Mark Henaghan, Dean of Law is still a regular on the rugby field, most recently playing for the University Law Vultures.

The Varsity club celebrates players who have played 100 games, but by the last count Professor Henaghan has played over 300 games and is still going strong.

He made his university rugby debut in 1972 for the University Golds, where he played alongside Greg Burgess, who later went on to become an All Black prop. 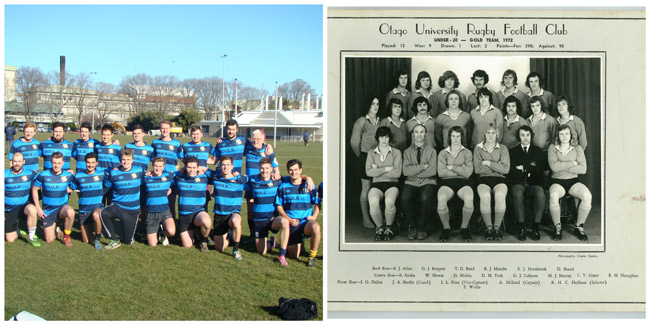 Other former teammates include Ian Willis, later Southern captain and Otago player, and John Hornbrook, who went on to play for Zingari and Otago.

Off the field, Professor Henaghan has made his name as a Professor of Law and Dean of the Faculty of Law at Otago, specialising in Child and Family law and teaching the first year course, LAWS101 The Legal System.

Professor Henaghan says that he “enjoys playing hooker in the golden oldie scrums, but will turn out and play wherever required.”

Thanks to Blooz Nooz who recently caught up with Mark in action, as scrum half in the first quarter of a Vultures game. Unfortunately, Mark was forced from the field after 15 minutes – not by injury or failing fitness though! He had to give a lecture to nursing students.