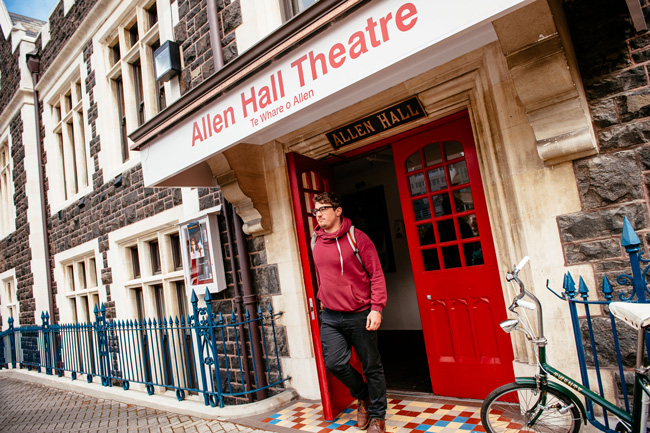 Many of the finalists in the 2016 Dunedin Theatre Awards come from Otago's Theatre Studies programme.

An impressive number of nominations for the 2016 Dunedin Theatre Awards have come from the University of Otago Theatre Studies programme.

"The nominations reflect a very wide range of artistic prowess, including in directing, design, performance and devising."

The awards were created to celebrate the achievements of the Dunedin theatre community, to acknowledge excellence in theatre performance in Dunedin, and to encourage diverse and continued participation in Dunedin theatre.

Being held at the Fortune Theatre on Monday 5 December, the award function promises to be a glamorous celebration of Dunedin theatre in 2016. Several Special Awards recognising outstanding contributions to Dunedin and New Zealand theatre will be announced on the night. 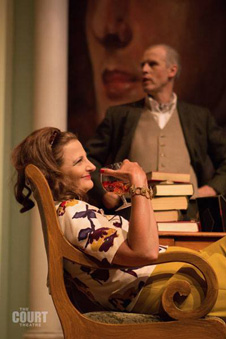 Hilary Halba as Sarah Churchill and Roy Snow as Randolph Churchill in “Winston’s Birthday” by Paul Baker. Photo courtesy of the Court Theatre.

Theatre Studies at Otago offers both practical skills and academic training, preparing students for a range of careers both within and beyond theatre and the performing arts. Papers cover full a range of theatrical study, from the study of Shakespeare in performance, to devising and performing individual work.

Theatre Studies stage a range of productions, including the popular Lunchtime Theatre programme, which has been going for over 30 years. Open to the public, the Thursday and Friday lunchtime productions are mostly created by students, and attract many regular attendees.

Allen Hall is at the centre of the Otago Theatre Studies programme. The Allen Hall building has had a rich and varied history since it opened in 1914. Its centenary was celebrated in September 2014, with Theatre Studies’ Associate Professor Lisa Warrington and Alison Finigan of Alumni Relations, releasing a book Allen Hall: 100 Years, 100+ Voices to mark the occasion. https://www.facebook.com/AllenHallTheatre