Opinion: Lessons from United – How to make an apology

There are lessons to be learned from the recent botched apology from United Airlines, following the forceful removal of Dr David Dao from an aircraft, says the Head of Otago’s Department of Management Professor Steven Grover.

In this Opinion Piece, published in the NBR last week and re-produced here on the Otago Bulletin Board, he argues it is how a mistake is corrected that matters. 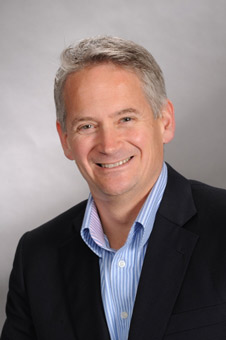 The deal comes three weeks after the incident sparked global outrage and led to demands the airline change its customer service policies.

United also issued a report concluding that shortcomings in customer service, training and internal systems contributed to the incident and it promised to address them this year.

The passenger’s treatment became a major news story, went viral across social media and created a field day for comedians.

Its initial response was one of the worst corporate apologies of all time. I believe there is a lot to learn individually and as corporations about United’s mistake, and about the value of a good apology.

Corporations should be prepared to respond responsibly to their mistakes; a good apology can make a bad situation better but a poorly managed one can destroy reputations. There are many high-profile studies on the damage that can do to a business.

We all make mistakes, so it is no surprise that corporations like United employing more than 80,000 people can experience a slip-up.

What is surprising is the inadequacy of United’s original apology, particularly given mistakes such as this are now amplified by the viral properties of social media.

United responded with a statement from its chief executive Oscar Munoz saying, “This is an upsetting event to all of us here at United. I apologise for having to reaccommodate these customers.

“Our team is moving with a sense of urgency to work with the authorities and conduct our own detailed review of what happened. We are also reaching out to this passenger to talk directly to him and further address and resolve this situation.”

What is wrong with this?

The ghost authors of the statement are attempting to reframe what is a harmful image.

Apologising “for having to re-accommodate these customers” attempts to deflect the violent nature of the ejection that is clear for everyone to see in the video.

The cold corporate-speak of “reaching out” to “address and resolve” the situation does nothing to allay the emotional consequence to the millions of viewers of the video.

So what could be an appropriate corporate reaction to mistakes?

1. Acknowledge the mistake and take responsibility for it.
2. Admit wrong.
3. Show how you are taking steps to improve.
4. Offer meaningful amends.

A more meaningful first response would have condemned the behaviour, just as a normal citizen would. It would have been very simple and it would have limited what is now extensive negative media coverage.

I would suggest it would go something like … “This is an upsetting event to all of us here at United. No passenger should ever be treated this way and I sincerely and personally apologise. I will be visiting the customer involved and will make every attempt compensate him for the egregious treatment he received. We have also launched an internal investigation to identify how this happened and make sure that it never happens again.”

This clearly shows the chief executive realises that he is wrong and is working toward correcting those wrongs. It also shifts the news coverage from “look how bad United is” to “look how human United is.”

Follow-ups to the questions about what the airline was planning to do for the victim could be handled in a very positive way. For example, United could say “he will never pay for a flight again.”

The flipside of a thorough and sincere apology is that it allows victims to forgive. The man removed from the flight may accept that although he was wronged, corrective action was taken so he no longer needs to harbour negative emotions about the incident. This would be easier, of course, if he could fly around the world first class for free anytime he wanted.

Interestingly, the day after the episode, United issued a new statement that covered the suggestions anyone who studies apologies would give.

In that statement, Mr Munoz takes responsibility, “deeply apologises,” says “no one should ever be mistreated this way,” and issues an internal investigation that was to report back by the end of the month.

It’s a shame the team members that wrote the second statement hadn’t gathered their wits about them for the first statement because that is the one that will be remembered.

We all make mistakes; how we correct them is what really matters.