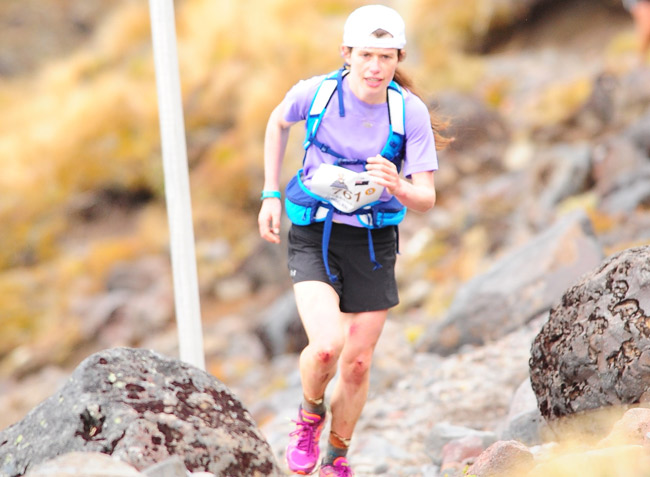 Sabrina Grogan trains for the World Mountain Running Championships in Italy in July.

Sabrina says she took up running a few years ago as a way to get fit, and discovered she was “naturally fast up the hills”.

“I just started with cross country but there was something about the adventure, and a different sort of mental challenge that comes with mountain running/trail running that really appealed. I joined Hill-City University Athletic Club and they gave me a really great start. Now I’m based in Christchurch, I run for the University of Canterbury club.”

"I find running to be a huge mental release. It is sort of how I get my life into order."

Sabrina says the sport requires both physical dedication and mental focus. A lapse in concentration can result in deep grazes to most parts of the body.

She says the discipline required for training aids her studies.

“I find running to be a huge mental release. It is sort of how I get my life into order. I go out for a run with everything to organise and by the time I am back I have a plan for the rest of my day. It is hard to fit it in sometimes but I think it just forces me to be more organised.”

Sabrina heads to the World Championships in Italy on 30 July. She won’t be the first of her family to represent her country in sport.

“My Mum Glenys represented New Zealand in cross country and athletics. She has always been a huge inspiration to me and was my coach up until this year. My dad was also a great runner and really enjoyed some of the sort of trail races I like, so maybe I inherited that from him. My younger sister Anneke is one of my idols. She has represented New Zealand for cross country and is now on a running scholarship in the United States.”

Sabrina is fund-raising for her World Championship trip. Click here to donate.