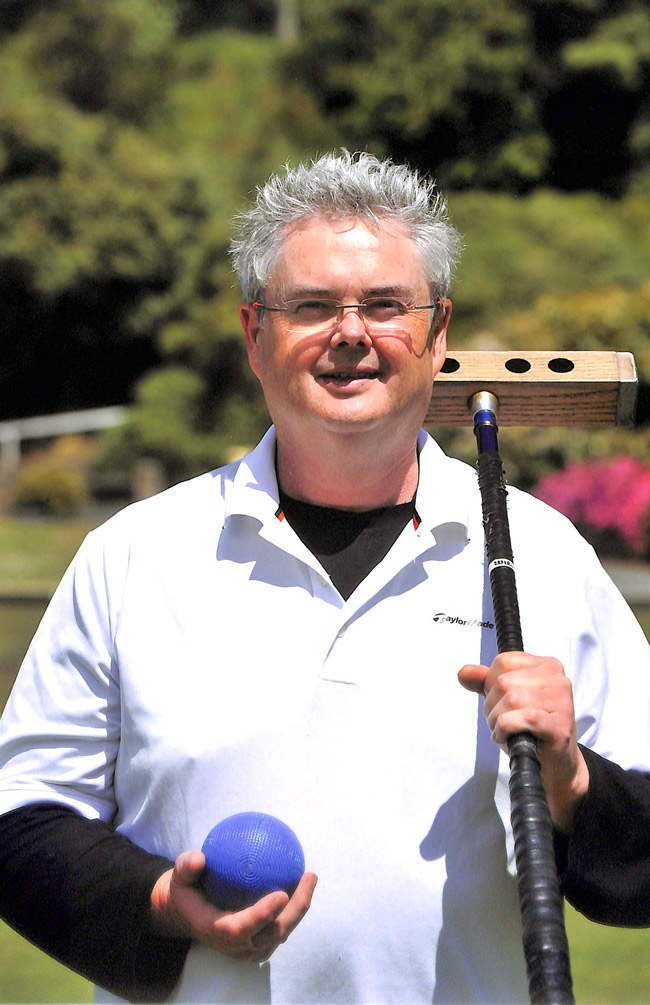 University Strategic Architect Murray Goldfinch, who died unexpectedly last month, has left not only a built legacy at the University but memories of a humble, loyal, principled, caring and generous man.

Murray was 52-year-old and a week from his next birthday when struck by a heart attack at the home shared with his father, who is now 91 years old.

Murray had returned to the family home – and his beloved Dunedin with its iconic architecture of many varieties – after the death of his mother Joan, and then became the University’s first Strategic Architect in February 2011.

He brought with him to Otago the attention to detail and quest for perfection that saw him smashing a balsawood model he designed for a project while at Logan Park High School – to the shock of his mother who thought it looked brilliant – then build another one overnight because the model did not meet his rigorous standards.

"If you disagreed with him, you had to be well prepared, but he was gracious in negotiation and never lost his sense of humour, or his perspective."

Murray brought a similar focus to his many hobbies, gaining a national title in Latin American ballroom dancing while younger, and becoming the first Otago player to win croquet’s national Baker Family Plate for making the most progress in a season, at the age of 49, while competing in a country that is among the leaders globally in the sport.

He became interested in the game through father Ken, who was the greenkeeper at the Leith club, and quickly grasped the strategies.

Murray told the Otago Daily Times he liked that aspect of the croquet: “The further I progress, the more tactics come into the game. That is my biggest challenge. The complexity of the association game attracts me compared to golf croquet.”

His work at the University of Otago involved strategically weaving together input from the client departments, Design Office, Capital Projects Unit and Facilities Managers to ensure a consistent and quality design approach across the University while also meeting people’s needs.

His most notable projects included designing the new home for the world-renowned Dunedin Multidisciplinary Health and Development Study, known as the Dunedin Study.

Cohort Assessment Manager Sean Hogan told the Otago Bulletin Board Murray had designed the space “to meet our simple but unique needs”.

“The building is beautiful to look at but feels homely inside … now, perhaps for the first time, the environment for the Study Members matches the incredibly high standard of research data they provide freely when they visit us.”

He told the Otago Bulletin Board that various uses and changes in the 1907 building over the years “had eroded some of the integrity of its design, and we believed the new works should be designed and constructed in its original style so as to enhance and cement that heritage intent, not merely complement it.”

"To those how knew him, he was always a true friend who took a genuine interest in the people around him. He will be sorely missed."

“This building is an integral part of the University’s heritage precinct and University life and to that end we hope to offer some sense of experiencing a ‘club feel’ and sense of occasion.”

Property Services Division Director Barry Mackay says Murray was also an invaluable resource on major projects, critiquing the design and keeping the consultants and Project Managers honest and true to both the Campus Master Plan and the strategic vision of the University across all the campuses.

Murray was involved with the $126 million Faculty of Dentistry build and rebuild, the Otago Business School redevelopment, and Wickliffe Press redevelopment.

His guidance was also central to the success of:

Murray had significant design input into a vast number of minor building projects, adaptions and maintenance as well.

Mr MacKay says he had “unflinching design principles and always brought this professional sincerity and personal passion to the table. If you disagreed with him, you had to be well prepared, but he was gracious in negotiation and never lost his sense of humour, or his perspective.”

"We are all so very proud of Murray and through this tragedy, by meeting many of his friends and associates, have learnt so much more of what he has contributed to society and we draw comfort from this."

While at Otago, he was also Acting Strategy and Planning Manager from June 2014 to January 2015.

“Murray was always keen to participate in and support matters architectural, preferably over a glass of red wine, fine cheese, and good humour.”

“To those who knew him, he was always a true friend who took a genuine interest in the people around him. He will be sorely missed,” Mr Beattie says.

Many family and friends among the crowd at Murray’s funeral were stunned to discover how many niches he had slotted into, and the depth of his achievements both personally and professionally, with one uncle not even knowing about the joy Murray took in a drop of quality red wine because he always drank beer with his uncle and the other car enthusiasts.

Murray was not only taking a growing interest in back country four-wheel-drive touring but had also been painstakingly restoring a treasured 1946 Ford Coupe for many years.

However, his sister Linda says her most enduring memory will be of a very loving, caring and loyal son, brother and family member.

He was the only boy in their circle of family and the girls often teased him about being ‘the golden child,’ but “he was absolutely cherished”.

Murray is survived by sister Linda and father Ken.