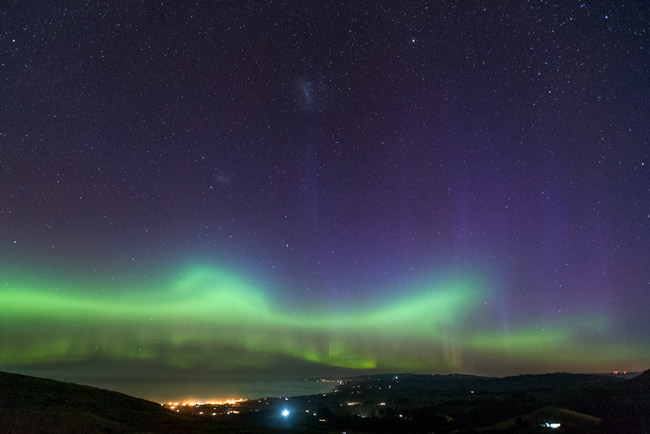 Worth the move ... Taichi Nakamura is thrilled to be "on the spot" for auroras - like the one late last month that was visible from Dunedin.

Aurora chaser Taichi Nakamura is having another great year.

The University of Otago ITS Information Security Officer shifted from Auckland to Dunedin five years ago as the aurora season started, so that he would be “on the spot” whenever an aurora was predicted.

“I moved to Dunedin after attempting to capture the aurora for few years by flying down from time to time. After few hits and misses, I noticed I had to be in the right place at the right time and decided to move to the South Island to always be on standby for auroras. I was lucky to receive a great opportunity to work with the University of Otago in the ITS department and decided to move instantly.”

In addition, last month he was one of the hundreds of Dunedin locals enjoying the rare sight of an Aurora Australis dancing in the skies over the city. 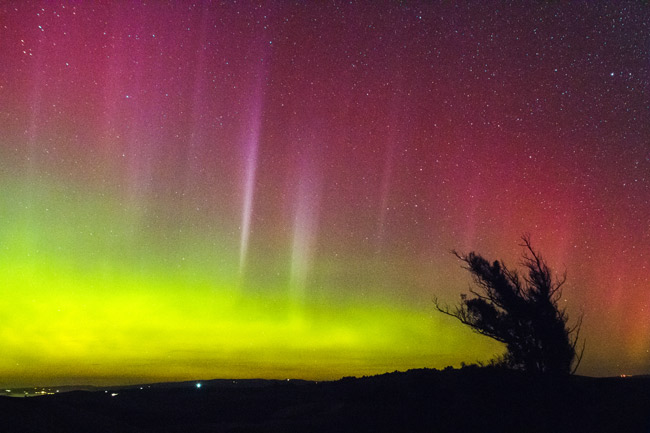 For Taichi Nakamura, heading out in his car and to try to spot an aurora is very rewarding.

“Chasing auroras has been part of my daily life in Dunedin. It is always rewarding when you see one especially if it is big, as the natural phenomenon is never guaranteed to appear, even when the data from satellites, geo-magnetometers and solar activity monitors suggests there should be some observable activity.”

Growing up in Alaska during his youth, Mr Nakamura saw the Northern Lights “all the time”. But seeing the Southern Lights is much more difficult because land in the south doesn’t share a similar proximity to the South Pole as Northern countries do to the North Pole.

But Mr Nakamura has relished the opportunities Dunedin has offered, and says March’s “Flight to the Light” was “incredible”.

“Auroras appeared in front of the plane about an hour after departure. The entry to the aurora oval (the zone where auroras are active) was thrilling. It looked like we were diving into a huge storm. The aurora swirled from time to time like a huge cloud at a very fast speed. As the night fell and the moon came up, the clouds beneath us became visible and gave us the sense of height and that we were flying. The moonlight also provided more visibility to the dim parts of the aurora, with more colours than green appearing through the camera that is superior in catching colours in the dark.” 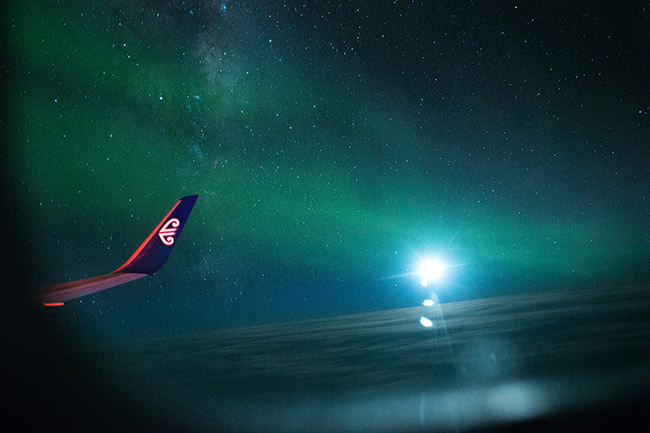 A first attempt at photographing an aurora from a plane was successful for Taichi Nakamura.

“It felt like the flight was too short even though we observed a display for around six hours. I enjoyed the flight almost like it was one of the best movies I ever saw.”

He was quite pleased with his photos – his first success to capture auroras from a plane window up close.

Last month, on Sunday 28 May, he had been watching the satellite data closely – and was thrilled when aurora predictions became a reality.

“With the word spreading through social and mainstream media for the potential for a big aurora display, it was fascinating to see so many people all around the dark places enjoying the beautiful show that the aurora offered,” he says.

“The aurora that night can be counted as one of the best this year. The aurora began with a subtle green glow on the horizon as the night fell and then bright huge green wave-like shape auroras appeared as it navigated from the outer coast to the land. Classic tall vertical lines from the multiple layers of auroras danced all over the southern sky for hours as more layers kept coming closer.” 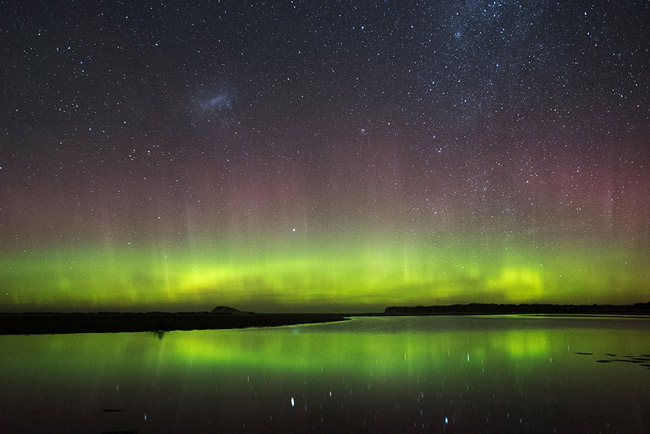 The unpredictability of an aurora display keeps Taichi Nakamura coming back for more.

That night he drove around Saddle Hill and up the coastline from Brighton to Blackhead Beach to take photos.

“The huge joy of observing auroras is that the beautiful show is unpredictable. What it would offer and how it would look is different every time.”