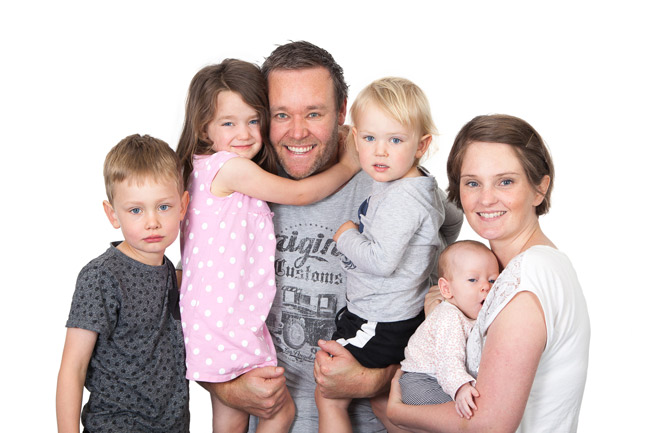 A kick in the testicles may well have saved Steve Downey’s life.

Mr Downey, the deputy head of the University of Otago's Aquinas College, has been a quiet cancer survivor for the past eight years, but decided to share his story in the Cancer Society’s “We Can” fundraising video which was released this week.

“I didn’t want to make a big deal out of my experience,” he says. “But I’ve recently been inspired that I have something to share that can make a difference in many people’s lives and started thinking it’d be selfish to keep this to myself. So I saw the Relay for Life article on the University Bulletin Board and thought 'why not!'”

In the three-minute video, six Dunedin people tell their cancer survival stories. The video is filmed in the Forsyth Barr Stadium – and makes the point that 20,000 New Zealanders are given a cancer diagnosis each year – enough to fill the stadium.

By using local people, the video, which was produced free of charge by Queenstown company Shotover Media, shows that cancer can affect anyone.

“One of the most special parts of our organisation is how so many people from different walks of life come together in aid of those who are directly affected by cancer. We wanted this video to share the stories of locals who have been impacted by cancer and who are now working to support others.”

Mr Downey’s story is one of a series of lucky breaks.

In January 2008, aged 28 and married for five months, he was kicked in the testicles.

When two weeks later the pain still hadn’t gone away his wife Laura, a registered nurse, urged him to see his GP. After several inconclusive appointments a malignant testicular tumour was discovered – unrelated to the kick he had received – and he was booked in for immediate surgery.

"This is when it all sunk in for me. I wasn’t invincible. In fact I was potentially dying."

“The day of the operation came around and I didn’t turn up because I thought that this surely wasn’t cancer, cancer only happens to unlucky people, I’m invincible, what’s the worst that can happen? My GP and wife were less than amused by this stunt so I was booked in for another ultrasound a few months later. I was more than happy to go to prove to everyone that there was nothing to worry about.”

However there was something to worry about. The ultrasound result revealed Mr Downey’s tumour was growing rapidly and had doubled in size. So he relented and attended his next scheduled operation. It was an inguinal orchiectomy, where they completely removed his left testicle.

When doctors gave him a routine CT scan to ensure no cancer had spread they discovered something else: Stage 3 non-Hodgkin’s lymphoma – completely unrelated to the testicular cancer.

“This is when it all sunk in for me. I wasn’t invincible. In fact I was potentially dying. I recall being speechless and looking at Laura thinking ‘How?’, ‘What does this mean?’, ‘Will this change our lives forever?’ It was too much to process there and then. I don’t think I even talked to Laura on the way home, such was my shock.”

"... if it weren’t for a kick in the balls, we may not have found the testicular cancer, which would not have helped identify the lymphoma in time for treatment."

Mr Downey underwent a major course of chemotherapy, being administered a concoction of drugs every 21 days in the Medical Day Unit of Dunedin Hospital. The young couple was told infertility would be a probable side-effect of this treatment.

Eventually, after the longest five and a half months of his life, Mr Downey was called into the oncology consultant’s office on 13 May 2009 following another CT scan. He was told he was cancer free.

“Zip, zilch, nought, a duck, zero cancer. I suppose disbelief was my initial thought. ‘Really?’, ‘It’s done?’, ‘What now?’ I even managed to get a smile out of my Oncologist, these occasions must keep them going when they can share these moments.”

Five years later, a follow up scan confirmed he was still cancer free.

“Looking back, I consider myself truly blessed. Not just because of my incredible family and supporters, but if it weren’t for a kick in the balls, we may not have found the testicular cancer, which would not have helped identify the lymphoma in time for treatment. So I guess you could say a kick in the balls saved my life.”

And one of the major blessings of Mr Downey’s story is that in his case, chemotherapy did not leave him infertile.

His wife Laura became pregnant as soon as they began trying to conceive. In January 2011 their son Levi was born. They are now the very proud parents of four, two boys and two girls: Levi (6), Aviya (4), Micah (2) and Amelia (4 months).

“We couldn’t be happier with our gorgeous family. When I was going through treatment, I never thought I’d be in the position where one day I’d be lying on a doctor’s table getting the snip!”

"We are grateful to those who shared their very personal stories, and hope it encourages people not just to think about donating to the Cancer Society through the University’s payroll giving programme, but to look after their own health."

Mr Downey says he was honoured to appear in the new video – and hopes that the messages will resonate with the community.

“The best thing about the video is all the wonderful individuals featured have their own unique and real stories, and were all impacted in different ways. Hopefully there are many people who will see this and identify with different individuals in the video.”

“We are grateful to those who shared their very personal stories, and hope it encourages people not just to think about donating to the Cancer Society through the University’s payroll giving programme, but to look after their own health.

“We also want to acknowledge the huge amount of support that University staff and students give us with their time, energy and fundraising through other activities such as the Relay for Life and Daffodil Day.”

Mr Downey has three messages for others facing cancer: “Firstly, don’t let people tell you how to deal or cope with cancer. You just do whatever you need to do to get through it. Secondly, gents, if you’ve got pain downstairs, don’t mess about, get it checked out. And, finally, although the cancer survivor might be the one doing battle with cancer physically, let’s just remember that our loved ones are often doing the tougher battles emotionally – we often forget to support these wonderful individuals.”