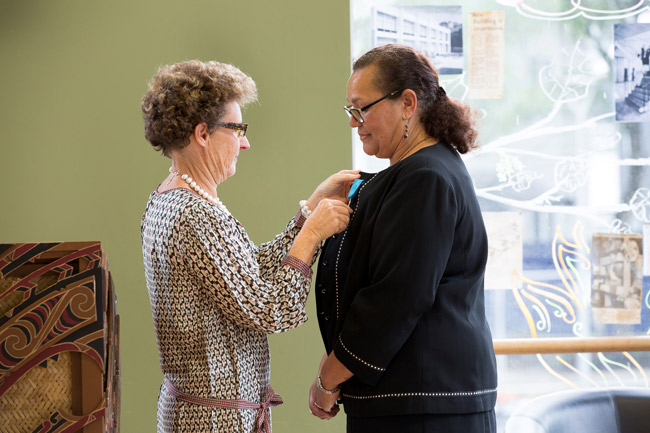 Many years of service to Dunedin’s French community to French culture in the city have earned Otago’s Dr Christiane Leurquin the French National Order of Merit.

Dr Leurquin, who is a Teaching Fellow in the French Programme of the Department of Languages in Cultures, was awarded the honour by the French Ambassador to New Zealand Florence Jeanblanc-Risler at a ceremony at Te Tumu on Tuesday night.

The significant French award recognises Dr Leurquin’s work supporting the teaching of French as a second language, her years volunteering for the Alliance Française de Dunedin – as both a committee member and President, and her years of service as the French honorary consul in Otago-Southland.

"Everything I undertake is with the idea of helping others."

Dr Leurquin says she was humbled to receive the award.

“Everything I undertake is with the idea of helping others,” she says. “Alliance Française was to get a community of Francophiles together helping each other in settling in Dunedin or travelling to France. My work as Honorary Consul is to make things easier for my fellow citizens when it comes to getting a passport or voting without travelling to Wellington for it.”

Dr Leurquin grew up in France and studied in Paris at the Université de Paris I (Panthéon-Sorbonne) for her PhD in History.

“Dunedin is now home for me and my family – we came here in 1991, originally for a couple of years – but I’m very much involved with the French speaking community. I love teaching and I love my students. Teaching a language also involves teaching the culture behind it, and seeing students light up when they make connection between their language/culture and the one I teach is a marvellous feeling for me: they truly understand!”

"... not only is she one of the most capable and generous members of our Department of Languages and Cultures, but she is also a fully engaged leader in our community."

Head of the Department of Languages and Cultures Associate Professor Paola Voci says she is extremely proud that Dr Leurquin has received this exceptional recognition.

“We are incredibly fortunate to have her in our Department; not only is she one of the most capable and generous members of our Department of Languages and Cultures, but she is also a fully engaged leader in our community.

“Through her teaching, her research and her service, Christiane has shared with all of us – staff and students – her wealth of knowledge and personal insights about how Francophone cultures intersect with Aotearoa New Zealand's European (Pakeha) and Indigenous (Māori and Pacific) identities. Her initiatives and ideas, her collaborations with the Alliance Francaise, both at the university level and with local schools have greatly enhanced the links between Otago and local, national, and international communities.

“She truly deserves this honour and I am sure she will take it as an encouragement to do – if possible – even more!” 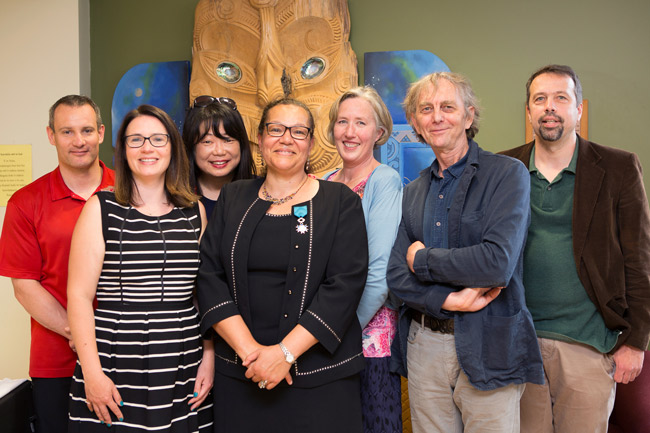