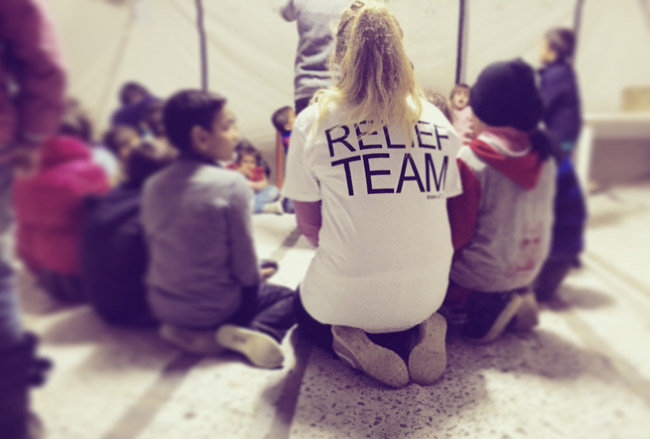 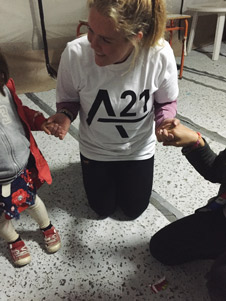 As part of her role Kate Fitzmaurice worked in a shelter for survivors of human trafficking.

The new Christchurch Medical Student Association President took a year out from her studies to volunteer in a refugee camp and shelter for victims of human trafficking.

Kate Fitzmaurice is currently a fifth-year Medical student at the University’s Christchurch campus. She took a year off after her third year of Medical School.

She says after listening to a talk by the founder of an anti-trafficking organisation, she felt compelled to help.

“I was shocked by some of the stories she [the charity founder] shared of the girls they had rescued from sex slavery,” she says.

“The idea that millions of people are enslaved around the world, and each of them was someone’s friend, child or sibling, was pretty hard to wrap my head around. I couldn’t stop thinking about how I’d feel if it was someone I knew, and how easily it could have been me if I had been born into a different family or country.

"I couldn’t stop thinking about ... how easily it could have been me if I had been born into a different family or country."

“So after wrestling with it for a couple of months, I decided to take a year out from Medical School and go overseas to help out on the ground.”

Kate volunteered for the A21 campaign in Greece. She was involved in running rehabilitation programmes, such as life skills, self-worth programmes, and exercise programmes, in a shelter for survivors of human trafficking. She also worked at a refugee camp in northern Greece, educating refugees on human trafficking and administering aid.